Steven Bochco, the producer of the Emmy-winning “NYPD Blue,” is seeing red because ABC is considering moving the popular police drama from its regular Tuesday night time slot. He’s so angry, in fact, that he wants ABC to cancel the show so he can sell it to another network. ABC may keep its new drama, “Once and Again,” on Tuesdays at 10 p.m. and find a new home for “NYPD Blue,” which has occupied that slot since its premiere in 1993. “It galls me on every level,” says Bochco. 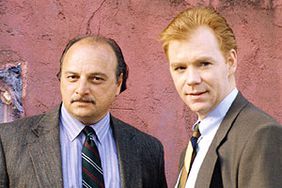 Once in Love with Andy