Khloé Kardashian and Lamar Odom married in 2009 and, after initially separating in 2013, finalized their divorce in 2016. Here is a complete timeline of their relationship

By Grace Gavilanes
Trending Videos
01 of 23

Kardashian and Odom's whirlwind romance began after the two met at a party for fellow NBA player Ron Artest in August 2009.

"With her, I was like, 'If I do what I normally do, I'm going to lose her,'" Odom told Playboy. "And if I lose her, I think it's going to hurt a lot. Right then and there, I knew. We were together every day."

It only took a few weeks for the pair to take the next step in their relationship, which was getting engaged.

"It may seem like it's a quickie wedding to everyone else, but Khloé knows what she wants," a source close to the couple told PEOPLE. "She and Lamar started talking about getting married really soon after they met. They knew this was it, and they're just having fun with this whirlwind."

Cameras caught the official proposal on an episode of Keeping Up with the Kardashians in September 2009.

Nine days after getting engaged, Kardashian and Odom tied the knot in a lavish Beverly Hills ceremony held at the home of family friend and music producer Irving Azoff.

"It was quick," Odom said of getting hitched. "I guess that just added to the speculation — 'Why can't they wait ...' I didn't want to wait."

After the couple tied the knot, Kardashian and Odom signed on to costar on the new reality show Khloé & Lamar, focusing on their life together and the first year of their marriage.

In July 2013, the pair were confronted with a slew of rumors claiming Odom had been unfaithful to his wife after playing a game for the Dallas Mavericks.

Kardashian and Odom stood together, with the reality star tweeting in support of her husband after tabloid reports surfaced of Odom cheating.

May 2013: Khloé Kardashian opens up about having a baby with Lamar Odom

After facing questions about her desire to have a baby, Kardashian addressed the subject in an interview. "I was 26 when [the infertility rumors] started, and I admit, I didn't know a lot about my body," she told Redbook in 2013.

"It was hard for me to understand what was happening because my mom had six kids, and Kourtney got pregnant quickly," she continued. "People assume I'm desperate for a baby. And, yes, I would love to have a baby. But I'm 28, and I've been married three and a half years. I love my life, but it doesn't feel incomplete right now."

Months of speculation about Odom's substance-abuse issues — which led to a DUI arrest in August and a stint in rehab shortly after, plus a very public cheating scandal — put an irrevocable strain on the couple's marriage. As a result, Kardashian filed for divorce in December 2013, exactly four years after their televised wedding hit E!

Ten months later, Odom still had not filed a response to Kardashian's petition for divorce.

"He needs to sign papers, and he won't," a source close to the Kardashians told PEOPLE in October 2014. "He disappears here and there, and she can't find him. She just wants to move on."

The source said that Kardashian had not "seen or heard from" Odom "in several weeks."

June 14, 2015: Khloé Kardashian says she will be there for Lamar Odom after the death of his best friend

Two of Odom's good friends, Jamie Sangouthai and Bobby Heyward, died within less than a week of each other in June 2015. Hollywood producer and writer Heyward was found dead of a drug overdose. Sangouthai — who had grown up with Odom and served as best man at the NBA player's 2009 wedding to Kardashian — passed away from a flesh-eating disease caused by "his intravenous drug use," concluded L.A. Coroner's office assistant chief Ed Winter.

Although Kardashian and Odom were still going through divorce proceedings, she vowed to be there for her estranged husband. "This is all just really upsetting," Kardashian said on KUWTK upon finding out the tragic news. "He's distraught and devastated. Lamar has suffered so much loss in his life. I'm always going to be there for Lamar, especially when something as tragic as this happens."

After plenty of back-and-forth, Kardashian and Odom officially signed their divorce papers in July 2015 on what she referred to as "such a crazy day." Kardashian was also candid about the painful split in the September/October issue of Complex.

"I miss what we had — things we got to do together are just memories. I like looking back and holding on to that stuff," she said. "I definitely miss it, and there's times I'll get so sentimental and so sad, but this had to happen for some reason. I'll figure it out over time. Someone will give me that answer eventually."

On Aug. 12, 2015, Kardashian was ambushed by Odom outside of a SoulCycle studio in Beverly Hills. Odom reportedly began screaming and grabbing Kardashian's arm when the reality star continued walking.

A source told PEOPLE that Kardashian had to change her phone numbers several weeks before the confrontation because Odom would not stop calling. "She's also worried about Lamar," said a source close to the star.

October 13, 2015: Khloé Kardashian rushes to Lamar Odom's side after he is found unconscious in a brothel

On Oct. 13, Odom was found unconscious in a brothel, where he was immediately rushed to a Las Vegas hospital. Kardashian, who was still legally his wife (meaning the reality star was in charge of his medical care), was by his side since finding out about the severity of Odom's condition.

"Lamar is still fighting," a source tells PEOPLE of Odom, who reportedly had cocaine and opiates in his system. "It's a waiting game right now. The first 48 hours will tell a lot."

As the former NBA player recovered after suffering from a drug overdose, Kardashian called off the protected divorce proceedings from Odom.

"This is a very delicate and difficult time for both Lamar and Khloé, and the most sensible thing to do at such a time is not make any big moves and put everything on hold," a source told PEOPLE.

March 2016: Khloé Kardashian and Lamar Odom spend time together after his hospitalization

The KUWTK star provided both emotional and financial support for Odom in the months following his hospitalization. She remained by his hospital bed day and night, ensuring he received the best medical treatment and helping him move into a leased home in the same gated community while he recovered.

In March, Odom spent time with Kardashian and her family, and the two enjoyed a meal together at Ruth's Chris Steakhouse. But after he was spotted drinking at a bar with friends, a source told PEOPLE Kardashian was "very worried about Lamar and his behavior, but Lamar refuses to listen to her."

May 26, 2016: Khloé Kardashian files for divorce from Lamar Odom again

According to court documents obtained by PEOPLE, Kardashian filed for divorce for a second time in late May, citing irreconcilable differences.

"This was always the plan," a source told PEOPLE. "The divorce has never been officially off. Khloé was waiting for the timing to be right."

"She was loyal for a long time and taking care of him, but she's not a babysitter and needs to move on with her life," another source told PEOPLE.

After two divorce filings, Kardashian and Odom's divorce was finalized in December 2016, and they were declared legally single on Dec. 17. Kardashian restored her maiden name after the divorce.

Less than a month after Kardashian and Odom finalized their divorce, following his month-long rehab stint, Odom appeared in a promo for the TV series The Doctors. In the clip, Odom made an honest confession.

Host Dr. Travis Stork asked Odom in the clip, "Going forward when you look at your life ahead of you, what are you looking forward to?" After a brief pause, Odom responded, "Umm, honestly, I want my wife back."

During an episode of Complex's Everyday Struggle on Oct. 4, 2017, Odom spoke about his relationship with Kardashian, who had revealed that she was expecting her first child with boyfriend and Cleveland Cavaliers player Tristan Thompson.

When asked if he was "still cool" with Kardashian, Odom answered, "I mean, from a distance."

June 14, 2019: Khloé Kardashian congratulates Lamar Odom on the success of his book

Odom shared a lengthy post on Instagram about the success of his memoir, Darkness to Light — which landed the No. 6 spot on the New York Times Best Seller list in the Sports and Fitness category — and specifically thanked Kardashian.

October 8, 2019: Lamar Odom says he and Khloé Kardashian are meant to be friends

When Odom was eliminated from Dancing with the Stars, he spoke with PEOPLETV's Reality Check about competing on the series and shared his thoughts on his current relationship with Kardashian.

"Well, I think we've both matured over time," Odom said of himself and his former wife. "I wish her all the best."

"She's a mother now, and she took care of me for four years, so I know she won't have any problems taking care of a child," he added. "But I wish her all the best. It's just meant for us to be friends."

On March 3, 2021, Odom posted a now-deleted Instagram video of him going down memory lane and watching a marathon of Khloé & Lamar.

"I'll never forget the day I got married on TV," he shared. "I get a little bit emotional watching it."

Over five years after their divorce was finalized, Odom shared his feelings about Kardashian during his stint on the reality series Celebrity Big Brother.

In a sneak peek of the season 3 premiere of Celebrity Big Brother, Odom told fellow houseguest Todrick Hall, "I dreamt [about] my ex-wife last night."

"Do you guys still talk?" Hall asked when he recognized Odom was talking about Kardashian. "No, I miss her so much," Odom replied. "I wish I could take that time back."

Once again, Odom brought Kardashian up on Celebrity Big Brother in a conversation with costars Cynthia Bailey, Carson Kressley and Miesha "Cupcake" Tate.

He added that he would try his "damnedest" to reconnect with Kardashian after he left the Big Brother house.

"I would probably just want to take her to dinner," he shared. "It would be a blessing just to be in her presence to just tell her I'm sorry and what a fool I was. She has the right to never see me again for the things I put her through, but time moves on, and people change. I would say I'm a lot more loyal now." 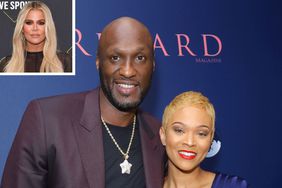 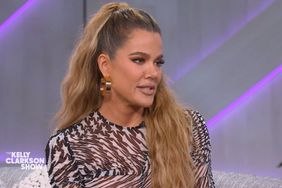 Lamar Odom Says It's 'Always Hard' Seeing Khloé Sad on 'The Kardashians' : 'Someone I Love So Much'