"Everyone in this industry needs to get their heads out of a hole and look around to realize what's ACTUALLY happening in the REAL world," Moretz said

Khloé Kardashian hit back hard against Chloë Grace Moretz on Twitter over the Taylor Swift–Kim Kardashian West–Kanye West drama – and got accusing of bullying the 19-year-old star.

Moretz, who has previously clashed with Kardashian West on Twitter following her controversial nude selfie, took to social media seemingly to slam the famous family.

“Everyone in this industry needs to get their heads out of a hole and look around to realize what’s ACTUALLY happening in the REAL world,” Moretz tweeted. “Stop wasting your voice on something so petulant and unimportant.”

The Swift drama came to a head after Sunday night’s episode of Keeping Up with the Kardashians when Kardashian West shared a series of videos on her Snapchat of a phone call in which Swift allegedly approves of Kanye’s song “Famous” – which includes several unflattering references to Swift.

Swift promptly hit back, posting on Instagram that she never heard the full lyrics to the song before it was released and that she never knew she would be called “that bitch.”

Related Video: Who Does Kanye West Need to Apologize to This Time?

Khloé Kardashian wasn’t ready to overlook Moretz’s comments and responded by tweeting two photos of the actress with the caption, “Is this the a hole you’re referring to @ChloeGMoretz ???” One picture showed Moretz in a red bikini and the other showed a woman from behind, her bathing suit bottoms pulled down.

But Moretz, who is dating Brooklyn Beckham, was quick to set the record straight, writing: “Fact check: first photo is me filming my movie Neighbors 2, the second photo is some girl who was wrongfully photographed.”

Following the crude photos, Ruby Rose – a member of Swift’s squad – called Kardashian out for bullying.

“Yo Khloe I thought you were rad when I met you but this is awful and this is a 19 year old girl,” Rose, who spent the Fourth of July with Swift and her squad in Rhode Island, tweeted. “Nobody likes being bullied or made to feel worthless.. Yet so many people will go above and beyond to make others feel that way.”

Rose wasn’t the only member of Swift’s celebrity squad to have her back. Selena Gomez, one of Swift’s best friends, called for an end to the drama.

“There are more important things to talk about Why can’t people use their voice for something that f-ing matters?” she tweeted. “Truth is, last thing we need right now is hate, in any form. This industry is so disappointing yet the most influential smh.”

On Monday, Kardashian addressed the backlash on social media, writing, “I m the last person to bully but have an animal instinct to protect and defend my family.”

She continued, “Refrain from commenting on my family and OUR business (and I will do the same) Now I hope everyone has a magical Monday! May peace be with you all” 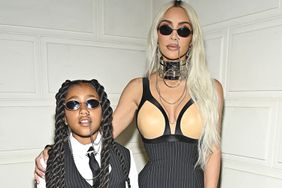