Cayden Wyatt is the star's fifth child, and his first with wife Christine

Cayden weighed in at 7 lbs, 14 oz at birth and has dark hair.

“Both mother and son are doing well,” the actor’s rep said in a statement.

Cayden is the first child for Christine Costner, 33. The Dances With Wolves Oscar winner, 52, becomes a dad for the fifth time. He has three adult children, Anne, 22, Lily, 20, and Joe, 19, from his former marriage to his college sweetheart, Cindy Silva, which ended in divorce in 1994.

He also has a 10-year-old son, Liam, from a relationship with heiress Bridget Rooney.

Costner and his wife of two and a half years had announced the pregnancy in February. Asked at the time how he was preparing for the arrival of the new baby, Costner replied, “There’s a lot of books to read!” 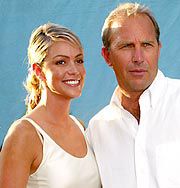 Kevin Costner Talks about Fatherhood after 50

Kevin Costner in Rome with wife and son 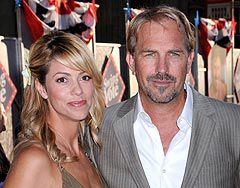