"No one can own your f---ing happiness," the singer told the crowd

Nothing can stop Kesha from performing and creating music.

The singer put on an impassioned concert in Brooklyn on Thursday, during which she thanked fans for their continued support amid her lawsuit against Dr. Luke.

“I honestly don’t know if I would have made it the past few years without you guys, some of you may know I’m in a lawsuit,” the 29-year-old told the crowd. “Thank you for standing by me.”

Kesha’s contentious battle with Dr. Luke is nearing the two-year mark since she filed the lawsuit against the music producer in October 2014.

In court documents, she claimed Luke, 42, sexually, physically, verbally and emotionally abused her for a decade. He vehemently denied her claims – “I didn’t rape Kesha and I have never had sex with her,” he tweeted in February – and is countersuing for breach of contract and defamation.

“I think that there’s some people that were thinking I’ll just sit around waiting to die. That somebody f—ed with the wrong woman!” Kesha continued in her remarks to concertgoers Thursday.

She also referenced the lawsuit by apologizing for not being able to perform her new music. “I could not do this without you so f—ing thank you. I can’t share
my new music with you. Keep praying, someday it will come. I can’t wait for that.”

The reason being: Kesha’s request for a preliminary injunction – that would allow her to record and release music without Luke – was denied by a New York Supreme Court judge in late February.

RELATED VIDEO: Kesha Recorded New Music ‘at Her Own Expense’: Source Says ‘She’s Not Giving Up’ on Dr. Luke Lawsuit

Though her lawyer claimed that she’s been working on 28 new songs, the pop star stuck to a set list of covers including Grace’s “You Don’t Own Me,” Dolly Parton’s “Jolene” and “Old Flames Can’t Hold a Candle to You,” which was written by her mother Pebe Sebert.

She added, “Ain’t nobody got time for hate. Always have hope in your heart. I do!”

Thursday’s show was one of 17 stops on the Kesha and the Creepies tour, which concludes Oct. 1.

In August, Kesha dropped her claims against Dr. Luke in a California lawsuit while continuing her appeal in New York. Earlier this month, Luke filed a new lawsuit against her mother alleging that Sebert has “continued to publicly defame” him since the 2014 complaint. 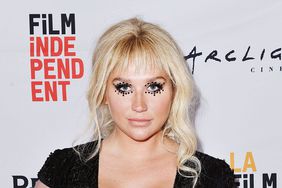 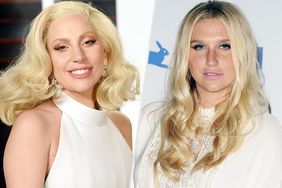