"It was small, just family and close friends," an attendee tells PEOPLE

Olivia Pope may thrive in complicated situations, but Kerry Washington likes to keep it simple.

That’s according to a source, who attended the Scandal star’s top-secret wedding to San Francisco 49ers cornerback Nnamdi Asomugha, 32, last month in Idaho.

“Everything was held at one of Kerry’s friend’s houses,” the source tells PEOPLE. “They flew a few people out on this little private plane. The house was beautiful.”

As for the ceremony, which took place outdoors on the property, “It was small, just family and close friends,” says the attendee. “They said their own vows, people stayed at the house. It was really simple and sweet.”

And though Washington, 36, has rocked some bold red carpet looks, on her big day she opted for minimalist chic. “The dress was plain white, slim-fitting, like it could have been off a rack,” says the source. “It was really regular.”

Perhaps less is more for the Emmy nominee: “I’m blessed,” Washington told PEOPLE just after learning of her nomination for Scandal. “I’m really happy in all areas of my life.” 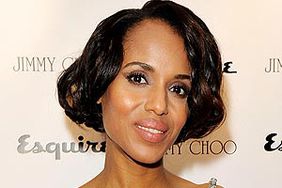 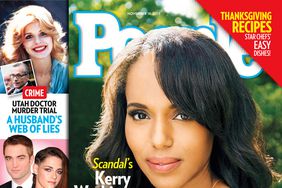 Kerry Washington Has Accidentally Worn Her Real-Life Wedding Band as Olivia Pope - Can You Spot the Scandal Episode? 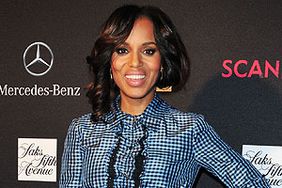 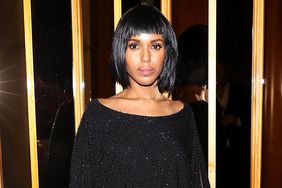