The film by Adrienne Shelly, who was murdered last year, premieres at Sundance

PEOPLE movie critic Leah Rozen reports from Park City:Though there are plenty of movies that stir emotional responses at the Sundance Film Festival, for pure poignancy it would be hard to match Sunday afternoon’s premiere of Waitress, a movie written, directed by and costarring Adrienne Shelly, who was murdered last fall in New York City.

At a public Q&A session that followed the screening, star Keri Russell was overcome with emotion when asked about working with Shelly. She retreated from the mic to wipe away tears, motioning for the movie’s producer to take over.

Russell and other cast members, including Nathan Fillion, Cheryl Hines and Jeremy Sisto, all came to the Sundance screening to show their support for the late director.

Shelly, 40, best known for her appearances in such indie standouts as Factotum and Trust, was murdered in Manhattan last November, allegedly by a workman who was renovating a Greenwich Village apartment one floor below her office. They had a confrontation after Shelly complained about the noise.

She left behind a husband, Andrew Ostroy, and a 2-year-old daughter.

Shelly had completed Waitress, a sprightly comic drama, before her death, and it had been accepted at the festival, although she hadn’t yet been notified. “There’s a joie de vivre in this film that I think Adrienne would want us all to celebrate,” said Geoffrey Gilmore, director of the festival, when introducing the film.

The movie is about a pie-baking waitress (Russell) in a small town who is less than thrilled to find herself pregnant by her abusive husband (Sisto). (Russell’s own real-life pregnancy, with fianc Shane Deary, was announced last week.)

After the premiere, Russell told PEOPLE, “I haven’t ever been part of a film that has so much good will here. Our film has a sweet hope to it that I think is refreshing for this crowd. I saw it for the first time here it cracked me up and it made me cry.

“People had such a nice, warm reaction that I felt like I just can’t believe (Shelly) isn’t here to experience this. She was like a firecracker she loved this world. I just feel like we have to talk for her, and get word out about the film.”

Shelly’s husband announced the creation of The Adrienne Shelly Foundation, which will give scholarships and grants to female filmmakers. More information can be found at www.adrienneshellyfoundation.org. 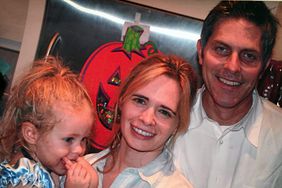 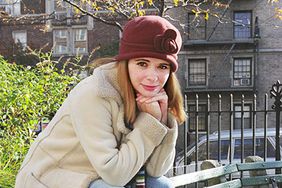 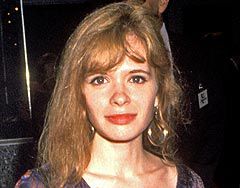 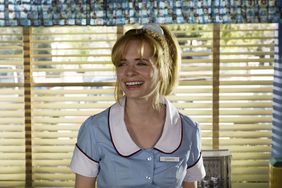