Kendrick Lamar and Janelle Monée had the honor of performing at President Obama‘s last Fourth of July party at the White House.

But as the holiday also marks the birthday of Obama’s elder child, it was Malia who became the star of the show when her father began serenading her onstage.

“And just because it’s a job of a father to embarrass his daughters, I’ve got one last job,” President Obama said at the end of his speech. “It just so happens that we celebrate our country’s birthday on the same day that we celebrate my oldest daughter’s birthday,” Obama said before leading the audience to sing “Happy Birthday” to Malia, who later joined her father on stage to give him a celebratory hug.

Earlier in the evening, Lamar, 29, and Monée, 30, were joined by celebrity guest Jidenna in the White House East Room as well as military veterans and their families for a barbecue and viewing of the fireworks. The star-studded concert was originally supposed to be held on the South Lawn but due to inclement weather the celebration was moved indoors.

The rapper kicked off the festivities by performing hits such as “Swimming Pools, “Bitch, Don’t Kill My Vibe” and “Alright.” Monée also sang her popular singles and she capped off her set list with Prince‘s “Let’s Go Crazy.”

“I want to acknowledge a musical mentor, he always tried to change the world, we love you Prince,” she said before ending her performance.

As for why Obama selected Lamar and Monée as headliners for his final patriotic party, he said, they are “amazing artists” who also understand their responsibilities and obligations as citizens. “I have to tell you that these two I’ve gotten a chance to know, and they are both amazing artists and talented and popular and doing great things, but they’re also very conscious about their responsibilities and obligations. And they put in a lot of time and effort on behalf of a lot of causes that are important. We’re really proud of them for that,” Obama said when he made his final address.

“We all know that our freedoms are dependent on an incredible group of men and women in uniform and their families who look out for us every single day,” the president said. “Some of them are in attendance here today, for those in our military who could not attend, we just want to say how much we admire, respect and appreciate everything you do to fight for our freedom every single day.” 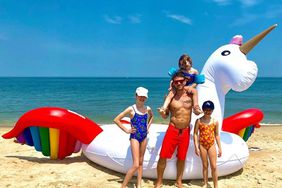 July Fourth 2019: See How the Stars are Celebrating 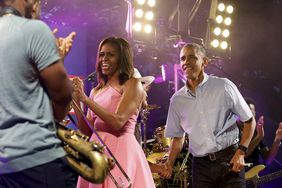