Kelsey Grammer: 'I Was Addicted to Danger'

"I liked the addictions. I'm not going to lie about it," says the TV star

After several devastating tragedies and years of battling addictions, Kelsey Grammer says he has finally found “a sense of fulfillment and joy” in life.

“I’ve been through my share of tough times,” Grammer, 52, who starred as Dr. Frasier Crane on both Cheers and Frasier, tells Parade in its new issue. “I’m a very different guy now.”

Among the hurdles he’s cleared is addiction – to alcohol, drugs, women and extreme experiences.

“I’m an addictive personality. I was addicted to danger and dangerous girls, and it took me to things that were very destructive for me,” says Grammer, whose new FOX show, Back to You, premieres Sept. 19. “I liked the addictions. I’m not going to lie about it. But I got in too deep. I probably would’ve died if I hadn’t stopped.”

In 1996, the actor spent time at the Betty Ford Clinic, and has been sober ever since.

“I’m attracted to threshold experiences – to chaos, insanity, mayhem,” says Grammer. “I was also trying to reconcile how I was actually living my life with how I thought my life should be lived – the traditional idea of a normal existence with a wife, a family.”

One reason for his self-destructive behavior, he says, was the tragic deaths of his father, who was shot to death when Grammer was 12 years old, and his sister, Karen, who was abducted and killed, while the future TV star was studying acting in New York

“It was very hard,” he says. “I was disconsolate. I tried to understand why people I loved died. Why did they have to suffer? There is no uplifting answer.”

But, Grammer says, his personal life started to turn around when he met his current wife, Camille, in 1996.

“It was love at first sight,” he says. “Corny as it sounds, I think Camille saw in me a great guy who needed love. It takes a lot of courage to love. Isn’t that why we’re here – to love, regardless of the cost? She decided to give me love.

He now considers himself “a very lucky man. Somehow, love just came out of the world toward me, and with it, a sense of fulfillment and joy.” 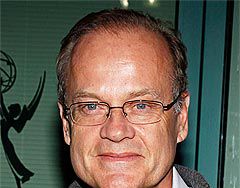 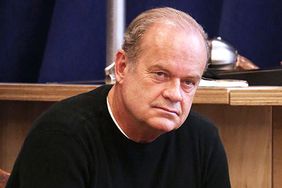 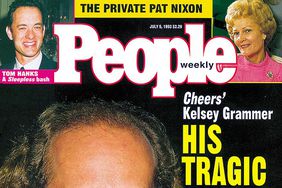