Kelly Rutherford Vows to 'Never Stop Fighting for My Children'

"I'm all for 50/50" custody, she says, but work prevents her from seeing them in Europe

Locked in an international custody battle since she and Europe-based ex-husband Daniel Giersch divorced in 2009, Kelly Rutherford refuses to give up the fight – even after a judge on Tuesday ruled that the Gossip Girl actress’s schedule is flexible enough to allow her to travel back and forth to Monaco to visit her two children.

“I will never stop fighting for my children. They’re my babies and they’re very young and this is going to affect them profoundly and I want to be there as much as I can to show them that this isn’t my fault, this isn’t something I wanted, and that’s my concerns,” Rutherford, 43, said on Saturday’s edition of ABC’s Good Morning America.

In court on Friday, Rutherford’s request for her kids – Hermes, 5, and Helena, 3 – to be brought back to her in New York while she appealed Tuesday’s legal decision was denied.

“They went away for the summer to visit their dad and now all of a sudden they are starting school in France, so I think it shocked everyone,” Rutherford told GMA. PEOPLE has learned that Rutherford is headed to France for the first day of school.

Giersch, a wealthy German entrepreneur who resides in Monaco, is barred from returning to the U.S. because of a revoked visa. In their 50/50 custody split, both parents share caretaking duties, but because of their father’s travel restrictions the children must live with him.

“I’m all for 50/50 and all for children having a mother and father and co-parenting – it’s just that the way it’s set up now – I’m a working mother,” said Rutherford on the TV program.

“I’ve been the sole supporter of my children for their entire life. I have a job, so I’m going to do my best to be there obviously every chance I get, but I can’t just be there on a regular basis when I have to work,” she said. “I just can’t pick up and go, you know, that easily.”

While Giersch is not commenting on the situation, he released a statement through attorney Fahi Takesh Hallin, saying that he is “focused on co-parenting the children, and continuing to promote any and all contact of the children with Kelly.” 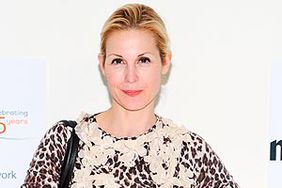 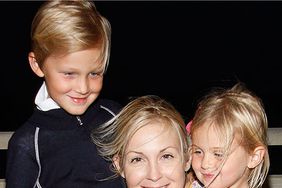