Kelly Clarkson: I Give Back Because 'My Life Couldn't Be Better'

The "Heartbeat Song" vocalist counts her blessings, and shares how she gives back with her voice

Chart-topper, wife, mother – Kelly Clarkson has it all these days. Not that it was always that way.

After finding fame, Clarkson was looking for ways to give back and share that spotlight. And now she does exactly that with Musicians On Call, a nonprofit whose volunteers bring music to hospital patients. Studies show music has helps people’s health and recovery (from lowering blood pressure to just lifting spirits), and the “Heartbeat Song” singer is a firm believer.

“Music has such an influence on our emotions, and it aids in recovery. It’s kind of a healthy little elixir for everyone,” she says. “And I can relate to it: I was very much an outsider as a kid, and music kind of saved me.”

The original American Idol – whose sixth album, Piece by Piece, comes out March 3 – got involved with Musicians on Call in 2012 when a friend told her about it and she started doing Christmas shows at a children’s hospital in Nashville. But volunteering isn’t a new thing for Clarkson.

“I used to go to hospitals and just sing because I love kids, and I love singing,” says Clarkson, who is now a mother herself.

Clarkson and Brandon Blackstock were married in fall 2013, and she became a parent to stepkids Savannah, 13, and Seth, 8. The couple welcomed their first daughter together, River Rose, last June.

For more on Kelly Clarkson and her work with Musicians On Call, pick up the new issue of PEOPLE, on newsstands Friday 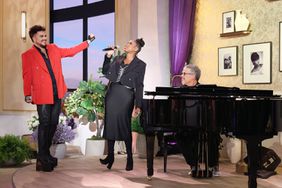 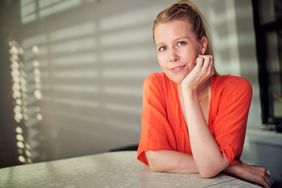