Keith & Nicole: Taking It One Day at a Time

After Urban's rehab crisis, he and Kidman get by with a little help from their friends

A week after husband Keith Urban entered rehab for alcohol, Nicole Kidman rounded up her closest Aussie pals for an Oct. 25 dinner at Naomi Watts’s L.A. home, PEOPLE reports in its new issue.

It wasn’t a pity party. “We didn’t talk about it,” Simon Baker (The Devil Wears Prada) tells PEOPLE of Urban’s recent trouble. Nicole “is a survivor,” the actor adds. “She just keeps moving forward.”

While Kidman is keeping busy – fitting in Pilates classes and work meetings and spending time with her sister Antonia – she made sure, before returning to the London set of The Golden Compass, to visit her husband at the facility where he is being treated.

The country world is also rallying behind the singer (whose new album Love, Pain & the whole crazy thing will be released as scheduled on Nov. 7). At the Oct. 26 Country Music Television event honoring Reba McEntire at Hollywood’s Kodak Theater, Dolly Parton said, “I love Keith. He’s going to be just fine.”

Fellow rehab alumna Wynonna Judd urged Urban to “realize we’re not alone” and to take advantage of “the great support group out there.” 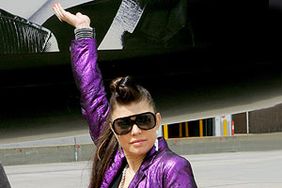 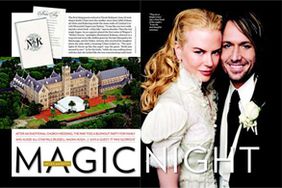