Ke$ha's Mom: Weight Bullying Could Have Killed My Daughter

As Ke$ha heals at a treatment facility for an ongoing battle with anorexia and bulimia, her mother, Pebe Sebert, sheds more light on just how bad the singer’s struggle had gotten. She tells PEOPLE in an exclusive interview that weight bullying could have killed the singer.

“I’ve watched my beautiful, self-confident, brilliant daughter be berated and ridiculed for her looks and weight to the point that she almost died,” Sebert says.

“The doctors told me her blood pressure and sodium levels were so low, they’d never seen it that low except with someone who’d had a heart attack or stroke. They said it was a miracle she hadn’t already dropped dead on stage.”

According to Sebert, Ke$ha, 26, had been battling body issues since middle school, but they’d progressively gotten worse since she signed with longtime producer Dr. Luke and former manager David Sonenberg, when she was just 18.

“One time on a conference call, Sonenberg was screaming, ‘You need to lose weight! I don’t care what you do … take drugs, not eat, stick your finger down your throat!’ ” Sebert tells PEOPLE.

“Ke$ha was just weeping. She drove around afterward thinking about killing herself.” (Sonenberg denied any of the allegations.)

And apparently Dr. Luke, the pop hitmaker who has written huge songs for Miley Cyrus, Katy Perry and Jessie J, was just as bad.

“He has just always been very disrespectful about her weight. He’d say it in certain ways, like ‘Why don’t you try running?’ She was doing everything and not getting thin fast enough, and that’s when she first became bulimic.”

In a statement through his rep, Dr. Luke also denied the claim.

“It is unfortunate that at a time Ke$ha is suffering immensely and trying to heal at a treatment center, her mother is taking this approach with the media,” he said. “I give Ke$ha my utmost support and well wishes for a quick return to health.”

Still, at the American Music Awards in November, it was obvious the singer looked painfully thin. Sebert says friends and family had their suspicions of an eating disorder, so someone would usually follow her into the bathroom after she ate.

“But she could throw up really quickly and quietly. She’d even take a bag in there so no one could see her bent over the toilet. She was really sneaky,” Sebert explains.

The final straw came right before Christmas, when Ke$ha pulled over at a gas station to throw up after a dinner party.

“She called me and admitted how much she’d been throwing up, and I just said, ‘Okay.’ I called some centers and Ke$ha agreed to talk to them and liked what they said. She basically cried until we got there three days later.” (Ke$ha is being treated at the female-only facility Timberline Knolls, outside of Chicago.)

After visiting her daughter during family weekend last week, Sebert made the surprise decision to check in to the facility herself to recover from post-traumatic stress disorder over the whole ordeal.

“Ke$ha wants me to heal along with her,” Sebert said.

What the Future Holds

As for the next steps, Sebert says they’ll take a wait and see approach once Ke$ha is well enough to come home.

“At this point, she doesn’t care if she ever makes a record again. She just wants to be healthy and happy,” Sebert says.

Ke$ha: Signs That She Was Struggling Before Rehab

If you or someone you know is struggling with a similar issue, please contact the National Eating Disorders Association at 1-800-931-2237 or www.nationaleatingdisorders.org

For more on Ke$ha’s recovery, pick up this week’s issue of PEOPLE, on newsstands now.

Trying to Save Ke$ha: Her Mom Speaks Out 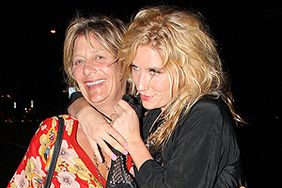 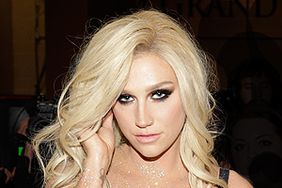 Ke$ha Vows to Be 'Back Soon and Better Than Ever'