"If somebody is trying to defame my character, you're going to hear about it," the "Dark Horse" singer says

Katy Perry has a full plate in addition to her looming Super Bowl halftime show on Sunday.

In the midst of her Prismatic World Tour, she continues to make headlines, and addresses a big one – her rumored feud with Taylor Swift – in her Billboard cover story.

In September, Swift revealed to Rolling Stone that her song “Bad Blood” was written about a female musician who was a “straight-up enemy.”

Soon afterward, Perry Tweeted, allegedly in response to Swift’s quote, “Watch out for the Regina George in sheep’s clothing.”

Whether the jabs were intentional between the pop stars, they won’t be ignored by Perry. She told Billboard, “If somebody is trying to defame my character, you’re going to hear about it.”

But the girl fight isn’t a priority for the “Dark Horse” singer, who takes the stage in front of the U. of Phoenix stadium for Sunday’s big gridiron event. She’ll be performing for her “broadest, widest audience ever,” she told the magazine.

While no stranger to giant crowds and media scrutiny, Perry admitted that when it comes to pre-show nerves, she’s only “human.”

To prep, she studied her show predecessors, including Beyoncé and Madonna. She also reached out to Bruno Mars, she told Billboard.

“This is the biggest event of my career,” she said. “I want the show to be quintessential Katy. It’s like the exclamation point on the whole last cycle. This is the cherry on top to everything I’ve already done.” 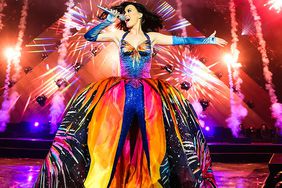 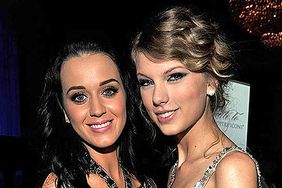 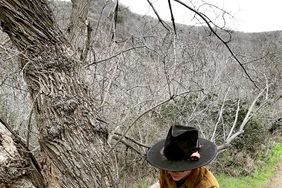