"Now it's all about how you're going to quit," says the Grey's star

Katherine Heigl may play a doctor on TV, but she does something no real-life doctor would ever recommend: She smokes.

Furthermore, musician Josh Kelley’s new bride, 29, is fairly brazen about it, reports The Washington Post, which caught up with the Grey’s Anatomy star – who was raised Mormon, a religion that condemns smoking – to discuss her new movie 27 Dresses.

But apparently there was no way to set up a smokescreen around her cigarette habit.

“It’s so stupid,” she said, grabbing a lighter. “I started when I was like 22 or 23, and I had my first cigarette at a bar one night, and I was like mmm. … I’ll try this. I can have just one. I am not gonna get addicted. Then you start bumming. I’m bumming. I don’t buy my own packs. I’m not addicted.”

The Post, calling Heigl’s laugh “throaty,” said that while the actress claimed not to be addicted, she was “bumming” about 10 cancer sticks a day.

‘Tried Everything’ to Quit

“Then you go through something that is hard or difficult or stressful and you buy your first pack and it’s all over,” said Heigl. “And now it’s all about how you’re going to quit,” she adds. “I’ve tried everything.”

Listing her means to attempt to quit, she says, “I’ve tried Wellbutrin” – a anti-depression drug – “which made me really happy while I smoked. Tried the patch. Tried gum. I hate the gum. It burns my mouth. I think I have to quit the old-fashioned way.”

Having smoked during the course of the entire interview, Heigl does express her pride in fellow Grey’s castmate T.R. Knight because, she says, he recently gave up smoking. 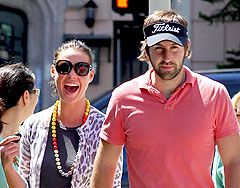 How Katherine Heigl Is Quitting Smoking 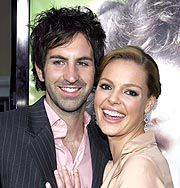 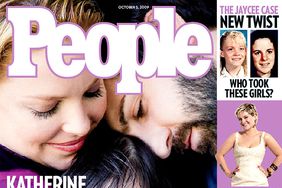 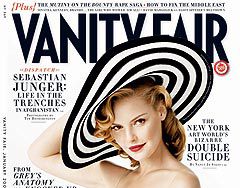 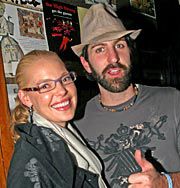