Kate Upton and Justin Verlander were double booked for two of the biggest events of their lives.

During the newlyweds’ recent appearance on The Tonight Show Starring Jimmy Fallon, the couple shared that they had a gorgeous wedding in Italy surrounded by their friends and family.

The only problem? They weren’t there.

“There’s only one thing that could throw a huge wrench in our plans,” the Houston Astros pitcher, 34, explained. “It’s not the World Series — it’s going to game seven of the World Series.”

See Kate Upton’s Gorgeous Photo from Wedding to Justin Verlander: ‘I Got to Marry My Best Friend!’

Without missing a beat, Upton quipped, “Guess where we went?”

While the 25-year-old Sports Illustrated model cheered on Verlander in game seven, their wedding guests enjoyed a planned event abroad.

“Everybody’s in Italy, everyone’s at the venue,” she said. “We had an event that night and everyone’s texting us like, ‘Your wedding’s so pretty, wish you were here.’ ”

“We got taken around our wedding via Facetime,” Verlander said with a laugh.

Luckily, it was all worth it — the Astros pulled out a win to take the series.

The couple celebrated their nuptials with an intimate ceremony in Tuscany days later.

Upton couldn’t help but share the excitement of becoming Mrs. Verlander with her fans on Instagram a few days after the ceremony. “I feel so lucky that I got to marry my best friend!! @justinverlander Thank you to our family and friends for making this weekend so fun and magical!” Upton captioned a photo of the couple walking down the aisle.

Verlander proposed to Upton with a custom-designed engagement ring created by jeweler Anita Ko right before the baseball season kicked off in 2016, but the couple didn’t reveal the news to the public until she accessorized her metallic Topshop gown with the one-of-a-kind sparkler in May at the 2016 Met Gala. (They also shared the sweet proposal story about the time Verlander presented Upton with a massive ring.)

On Saturday, the love birds headed out on the town in New York City to HBO’s Night of Too Many Stars, a comedy event that helps raise money for autism programs.

“Off to #nightoftoomanystars@nextforautism with my hot date!” Upton captioned a post on Instagram before heading out the door, showing off their glam looks for the evening. 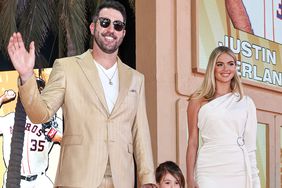 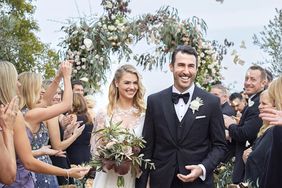 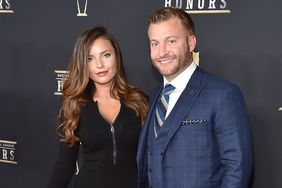