There she is! Accompanied by her maid of honor, sister Pippa, and mum Carole, a beaming Kate Middleton flashes a smile Thursday evening for the fans gathered outside London's Goring Hotel, where the bride-to-be is spending her last night as a singleton in the luxury hotel's Royal Suite.

Following a dress rehearsal at Westminster Abbey, Kate and her family emerge from a Jaguar at 5:45 p.m. local time outside the hotel, where the radiant bride-to-be waved to well-wishers as they cheered, "Kate!"

Equally touched by the outpouring of public affection, a dapper Prince William steps out with his best man, brother Harry, to greet the crowds gathered outside Clarence House, where the royal is spending the evening before his wedding day. "I hope I'm not too nervous tomorrow," William told his well-wishers, among them Nicki Jabri, 43, of Bedfordshire, who said her encounter with the Prince would "stay with me for the rest of my life."

"I'm sleeping out here tonight," Harry joked as he shook hands with fans outside Clarence House. "The atmosphere is fantastic. That's why we came out."

Will's step-mum, Camilla Parker Bowles, is equally in good spirits as she makes her way to Clarence House earlier Thursday. Later that night, she and father of the groom Prince Charles stepped out for a pre-wedding dinner at the Mandarin Oriental Hyde Park Hotel, thrown for the foreign dignitaries in town to celebrate William and Kate's nuptials. 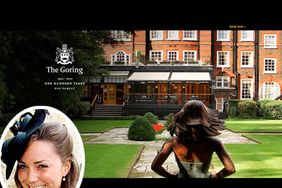 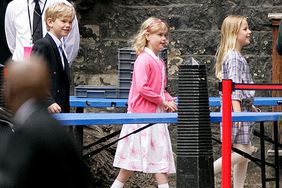 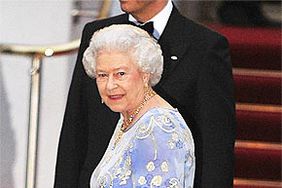