Ryder Russell Robinson was born Wednesday in Los Angeles, weighing in at 8 lbs. 11 oz., the couple’s publicist said in a statement.

Robinson, 37, and Hudson, 24, the daughter of Goldie Hawn, have been married since 2000. Last summer, the couple announced they were expecting, soon after mama-in-law Hawn, 58, had said, as quoted by PEOPLE: “I would love to be a grandmother. I’m not pushing the matter, but it would be so much fun.”

Hudson had previously hinted at her motivation for becoming a young mom. “I want (children) early enough to really experience my parents young,” she told PEOPLE. “I want my parents to be able to see my kids graduate from high school.”

During the pregnancy, Ryder received an in-the-womb education from Daddy’s rock ‘n’ roll lifestyle. Hudson (to whom Robinson dedicated the song “Katie Dear” on his 2002 release “New Earth Mud”) went on the road with her hubby when he began his solo tour last July. And Hudson took care of her health during the pregnancy — she gave up caffeine and vowed to give up cigarettes.

“I’m on a clean-out thing, kicking habits,” she told PEOPLE, adding that one child may only be the beginning.

“My husband wants a lot,” Hudson said last year. “We’ll see once the first one happens. I have thought about adopting too. I want to experience all that stuff. I definitely want more than two kids. But if I’m tired after two …”

As for Pop’s professional life, Robinson (who left the Crowes in 2001) is reportedly teaming up with Robert and Dean DeLeo and Eric Kretz of Stone Temple Pilots and possibly some former members of Guns N’ Roses to form a new band, the New York Post recently reported. 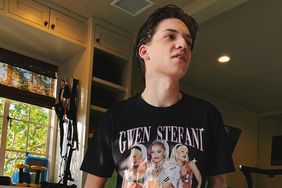 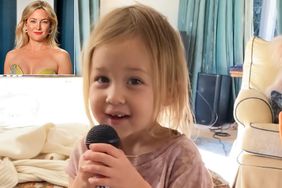 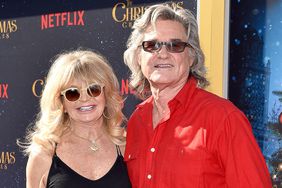