Kanye West Rails Against Gun Violence in the United States: 'We're Numb to 500 Kids Getting Killed'

In case you were wondering, Kanye West is still serious about running for president in 2020.

The “Famous” rapper sat down with BBC Radio 1’s Annie Mac over the weekend and gave a wide-ranging interview that touched on everything from his ambition to design IKEA furniture to his desire to reach POTUS status. While it seems obvious that the self-proclaimed “Yeezus” would want to hold the highest office in the land, he claims he’s in it for more than just the glory.

“When I talk about the idea of being president, I’m not saying I have any political views,” said West, 39, in an excerpt of the interview which will air in full Monday afternoon. “I just have a view on humanity, on people, on the truth. If there is anything that I can do with my time and my day, to somehow make a difference while I’m alive I’m going to try to do it.”

He cites the escalating rash of gun violence as particularly troubling. “We are numb, we’re numb to 500 kids getting killed in Chicago a year, we’re numb to the fact that it was seven police shootings in the beginning of July.”

Elsewhere in the interview, West lamented how he “completely messed up the music” at the start of his 2015 Glastonbury headlining set. The backing track failed to cue properly as he took to the stage, forcing him to reboot in front of a crowd of thousands. The incident plunged the perfectionist West into a depression. “When that music messed up in the beginning it tapped into my nerves, and when you’re nervous or vulnerable something special and something different can happen.”

He continued: “It really put me into a slightly depressed state. It put me back in the position of when I was in high school and I got fired from my job, or when I played my music for R. Kelly and he told me he was going to sign me and then three months later I didn’t have any money, I couldn’t afford a haircut, I couldn’t take my girlfriend to the movies and I’m still in my momma’s bedroom, working on beats and I was that close to being signed by R. Kelly. I don’t usually get nervous – I prepare, I get fully prepared.”

RELATED VIDEO: VIDEO: Kanye West Shows His Softer Side by Apologizing to Beck and Others

West has been wearing his emotions on his sleeve recently. Last week he released a new video for his song, "Wolves", in which he gets tearful with wife Kim Kardashian West. Has the feud with Taylor Swift got him in a reflective mood? 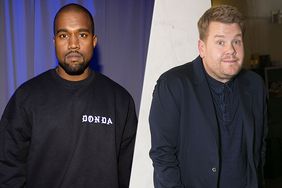 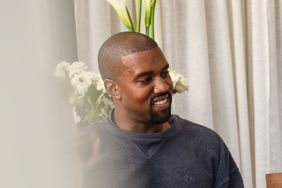 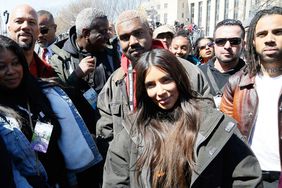 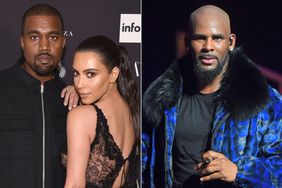 The Chicago Connection: All About Kanye West's Ties to His Native City