Has Hell Frozen Over? Kanye West Reveals Plan to Collaborate with Taylor Swift

Have we crossed over into a parallel universe?

Kanye West and Taylor Swift are headed into the studio together, the rapper said Wednesday.

The pair – who were seen buddying up at the Grammys, where West “pulled a Kanye” by going up on stage when Beck won for album of the year – caused an Internet explosion as viewers erupted with criticism.

Can you blame them?

The scene was reminiscent of his 2009 MTV Video Music Awards stunt, with West’s now-infamous interruption of Taylor Swift’s best female video acceptance speech, when he deemed Queen Bey’s “Single Ladies” as “one of the best videos of all time.”

It seems a duet with Beck somewhere down the line has not been ruled out either. 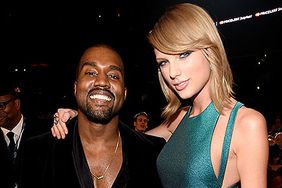 Taylor Swift: Kanye West Has 'A Lot of Amazing Ideas' 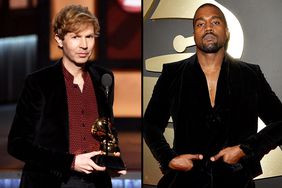 Kanye West: The 'Voices in My Head' Told Me to Stage-Crash Beck at the Grammys