Timberlake also vocalized his affection for wife Jessica Biel, and called her his "rock"

The lively musician gave a heartfelt and emotional speech at the 2015 Memphis Music Hall of Fame Induction on Saturday, wiping away tears while he spoke about his wife Jessica Biel and the other artists in his class.

Timberlake was honored among an induction group that included Memphis musicians and performers like guitarist Scotty Moore, Alberta Hunter and Al Jackson, according to the Associated Press.

“This is the f—— coolest thing that has ever happened to me,” Timberlake said on stage after an introduction from close friend and “Mrs. Justin Timberlake,” Jimmy Fallon.

The actor played around with the late night host – who impersonated Donald Trump during the intro – before thanking his family members for the “many, many sacrifices” they made to help him find success.

“I wanna thank all the great artists in this hall,” Timberlake said as he audibly choked up. “I’m truly honored, to merely stand on the shoulders of all these legends I grew up listening to, and I grew up admiring, to say that I stand alongside them now.”

During the ceremony, held at the city’s Cannon Center for the Performing Arts, Timberlake impersonated the likes of Al Green and Otis Redding, before he performed “(Sittin’ On) The Dock of the Bay” with fellow inductee Sam Moore of duo Sam & Dave, according to the AP.

Wearing a navy and black houndstooth suit jacket with a matching bowtie, Timberlake spoke, with undeniable affection, of his “beautiful, loving and incredibly understanding of her husband’s shortcomings” wife, Biel.

After he riled the audience up with a joke about Biel’s looks (“hell, yea!”), he called the actress his “rock.”

“Baby, I love you more than I could put into words and more than any song I could ever write.”

Timberlake shared his gratitude for the experience, and Fallon’s presence on Twitter, Sunday, and wrote “Thank you for that one, bud! I owe you an induction speech somewhere… Somebody induct @jimmyfallon now!!!” 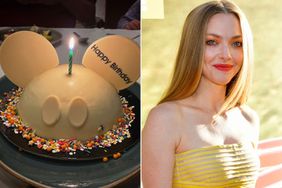