The R&B singer dropped out the day of the show, leaving JT with nobody to sing with, Timberlake tells Oprah

Six-time Grammy winner Justin Timberlake walked into his dressing room at this year’s music industry awards to find a surprise gathering waiting for him: the president of CBS, the Grammy show producer and the president of the National Academy of Recording Arts and Sciences.

“Immediately, I’m like, ‘What did I do?'” the singer joked during an appearance on The Oprah Winfrey Show Friday.

It wasn’t a laughing matter, though. Chris Brown, accused of beating up his girlfriend Rihanna the night before, had dropped out of a scheduled performance on the live broadcast last month, and so had Rihanna.

Big problem: Rihanna was scheduled to sing opposite Timberlake. Left with a hole in the program, the show’s producers appealed to Timberlake to help find a solution. So after looking at the list of performers and presenters, he came up with an idea: to sing with gospel and soul legend Al Green.

“I got a chance to watch it back,” Timberlake said of the hastily organized number, which set the audience on fire. “What was so amazing about that performance is you can tell that we’re sort of shooting from the hip.”

Singing is not the only thing on his plate. Timberlake’s clothing line, William Rast, is taking off, he says, and girlfriend Jessica Biel is a fan. “I can’t get it off her,” he said.

And while he pretty much steered clear of his personal life during the interview, he did correct one persistent misconception about the couple. “I’m not engaged,” he said, “but if she is, we have a problem.” 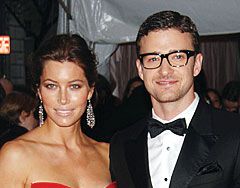 Justin Timberlake's Mom: Jessica Biel Is 'One of Us' 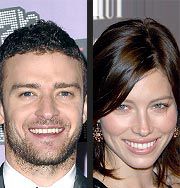 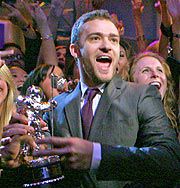 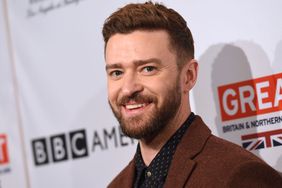 JT Is Back! Justin Timberlake Announces New Album 'Man of the Woods' with Sneak Peek Video 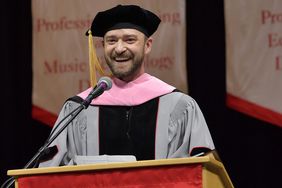 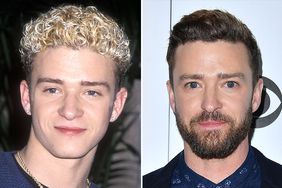