As for rumors of his infidelity, "There was never any proof," says a source

“It really was mutual,” the source says. “There really wasn’t a final straw. They’re just two people who realized they wanted different things in life and were headed in different directions.”

Adds the source: “It was just easier to end it now rather than later.”

As for any rumors of Timberlake’s infidelity during their relationship, “There was never any proof,” the source adds. “When you’re in a relationship, you have to choose to believe the person or get out.”

Last month, Timberlake, 30, and his Friends with Benefits costar Mila Kunis were “pretty inseparable” at an afterparty for the Screen Actors Guild Awards, but a source said at the time that the pair – who lit up the Oscars stage as co-presenters a couple of weeks later – were just friends.

In October, another source shot down chatter that Timberlake was cheating on Biel with actress Olivia Munn.

Despite the infidelity rumors, Timberlake and Biel continued to show a united front and spend quality time together.

A different source who knows the couple said Biel “looked the other way” when it came to Timberlake’s alleged cheating. The source says “it’s been a rough road” for the pair who denied rumors of a breakup in 2009 after spending some time apart due to busy work schedules.

Biel is said to be doing “fine” – and is expected to head to New Orleans next week to spend a few months shooting the new film Playing the Field with Gerard Butler and Uma Thurman.

“It’s never easy when a relationship ends,” the first source says, “but she knows this needed to happen and she’s moving on with her life.” 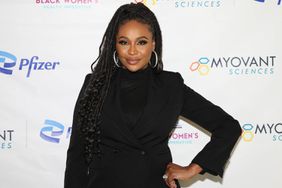