Justin Bobby Brescia weighs in upon learning that his ex and fellow The Hills costar Audrina Patridge is divorcing her husband of 10 months, Corey Bohan

He had a laid-back attitude on The Hills, but Audrina Patridge‘s ex-boyfriend Justin Bobby Brescia has some serious thoughts on her recent divorce news.

“My first reaction is the thought of the child, obviously,” Brescia, 35, told E! News. “Me, coming from a separated family at a young age, it had its perks and it had its hindrances. My second thought is if she’s okay, because she’s been a longtime friend. My thoughts and my heart go out to her and her little one at this time.

Patridge, 32, filed for divorce from her husband of 10 months, Corey Bohan, Wednesday, citing irreconcilable differences due to an alleged domestic violence incident. Two days earlier, the former reality star — who is mom to 1-year-old Kirra Max with Bohan — filed for a temporary restraining order and child abduction prevention order against the BMX dirt bike rider. Bohan, 35, has not yet responded to the allegations, and an initial hearing has been set for Oct. 6.

“I don’t feel good about it,” Brescia, who dated Patridge on and off from 2007 to 2010, continued. “The baby is so cute and beautiful. Thank God Audrina has such a strong foundation with her family. They just reap family values to the highest degree, is what I’ve learned over the years.”

A source close to Patridge confirms that the MTV alum is in fact receiving ongoing support from her parents Lynne and Mark, and her younger siblings.

RELATED VIDEO: ‘The Hills’ Star Audrina Patridge Opens up About Being a New Mom

“Audrina is leaning on her family,” the insider told PEOPLE. “She is extremely close with her parents, brother and sisters, and they are all supporting her. They’re a very tight family and protective of her. They just want what’s best for Audrina and Kirra.”

In the meantime, BobbyrocK frontman Brescia assured E!, “She will be fine and the baby will be fine.” 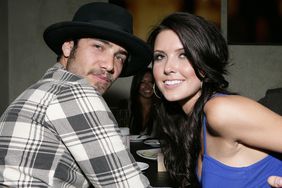