A male fan got on stage Sunday and attacked Justin Bieber while the pop star was performing a concert in Dubai.

Rushing up to Bieber as he was playing his song “Believe” on the piano, the male grabbed the 19-year-old from behind as if tackling him, knocking the piano off its legs in the process, the United Arab Emirates newspaper the National reports.

Security guards at the Sevens Stadium managed to restrain the intruder while Bieber, after escaping the crasher’s grip, exited from the other side of the stage.

Thomas Ovesen, an executive at Done Events, told the National, “A young fan desperate to meet his idol did make his way on stage, but was immediately removed and Justin professionally continued with his show.”

He added: “As far as we know no further action has been taken against the youth.”

After a three-minute break, Bieber returned, to complete the concert with the songs “Boyfriend” and “Baby.” Afterwards, he Tweeted: “Dubai. Nothing stops the show. 2 more to go.”

According to Billboard, on Saturday Bieber deleted one of his songs, “One Less Lonely Girl,” from his Dubai performance, in respect to the country’s Muslim faith. 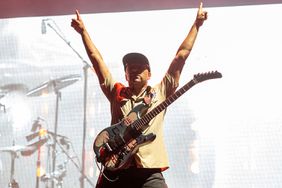 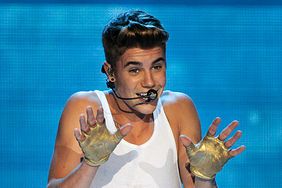