"We're not a typical Hollywood couple," the singer says of their homebody lifestyle

Josh Kelley has plenty to sing about. In addition to releasing his new album, Special Company, he’s still basking in newlywedded bliss with wife-of-one-month Katherine Heigl.

“It’s feels unbelievable to be married. I thought that [being married] wasn’t that different [from dating], but actually it is so different,” the singer-songwriter, 28, told PEOPLE during his album party last Thursday at Chicago’s Rockit Bar and Grill. As a husband, “my mentality changed from being a boyish man to a man’s man.”

In fact, his courtship with the Grey’s Anatomy star, 29, has been a crash course in emotional maturity.

“When we first met, I could tell that my A.D.D. would definitely frustrate her a little bit,” Kelley confessed. “It’s like, I would be drawing on paper tablecloths when I should have been engaging in conversation – little things like that. No one ever told me that before. Nobody ever cared. But she does. And I like that.”

The two – who didn’t live together until after the ceremony – have settled easily into a domestic routine. (Heigl has had plenty of time to nest, thanks to the writers’ strike.)

“We cook together,” he said. “She is a great cook. I am a good helper-chef. I’m good with the grill and good with taking chances with certain spices.”

What about hitting the L.A. club scene? “We are not a typical Hollywood couple at all,” Kelley explained. “We stay in. We cook, we watch Dexter, and I make music and paint. It’s fun.” 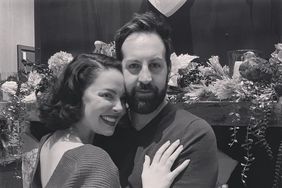 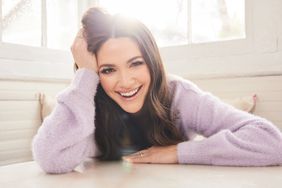