Ever daydream that your life was a movie, complete with slow-motion walks and a perfectly curated soundtrack? You’re not alone.

Josh Hutcherson and Ron Howard want to turn someone’s cinematic fantasy into reality. The two are teaming up with Canon U.S.A. Inc. for Project Imagination: The Trailer, a contest for every kind of film lover.

To become part of the star-studded project, all participants need to do is create a movie trailer based on one of their own everyday life moments and submit the piece. The contest is open to all skill levels.

Once all the entries are in, Howard, 60, and Hutcherson, 22, will review the trailers and select one winning clip, which will ultimately be transformed into a short Hollywood film produced by and starring the Hunger Games star.

“The creative process truly excites me, as does officially joining the cast of Canon’s Project Imagination: The Trailer,” Hutcherson said. “I’m really looking forward to starring in a film inspired by user-generated trailer submissions.”

While this is Hutcherson’s first time joining Project Imagination, it is Howard’s third. The director says he enjoys partnering with the project because it encourages new people to pick up a camera, and it shows everyone’s life is worth recording.

Submissions for this year’s contest open on Feb. 25. To learn more about the project and how to submit, visit Project Imagination: The Trailer‘s website.

Grab your camera and get ready. This may be your only chance to get Peeta to play you in a movie. 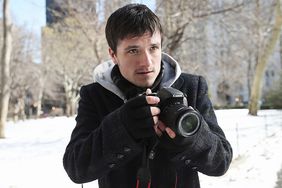 Interview: How to Get Josh Hutcherson to Star in Your Movie 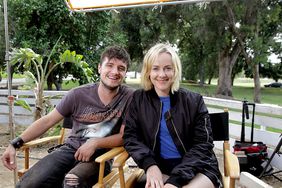 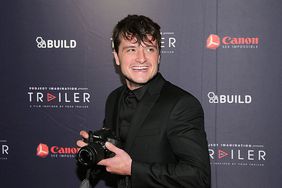