Josh and Anna Duggar enjoyed a family outing in Rockford, Illinois, this weekend — which is also where Josh checked into a faith-based rehab facility in August 2015

Josh and Anna Duggar enjoyed a family outing in Rockford, Illinois, this weekend — the very same city where Josh checked into a faith-based rehab facility in August 2015 following a series of scandals.

Anna, 29, took to Twitter on Sunday to share a rare family photo with her husband Josh, 29, and their two eldest children: daughter Mackynzie, 7, and son Michael, 6. Three of Josh’s brothers — John-David, 27, Joseph, 22, and Justin, 14 — as well as Duggar family patriarch Jim Bob, 52, were also present.

As it turns out, the family was in Rockford to attend a Patch the Pirate show (an Evangelical Christian series for children) at the North Baptist United Church.

In her tweet, Anna, who is expecting her fifth child with Josh, shared a link to promote the rehab center Reformers Unanimous, which is where Josh sought treatment. She also tagged Dr. Paul Kingsbury, the co-founder and chairman of the center’s addiction program.

Josh, who rose to fame on TLC’s 19 Kids and Counting, first found himself at the center of controversy in May 2015 after a 2006 police report revealed that he had been investigated as a teen for inappropriately touching five underage girls. He apologized for his “wrongdoing” and his sisters Jill, 26, and Jessa, 24, subsequently stepped forward as two of the victims.

Months later, in August 2015, Josh publicly confessed to being addicted to pornography and having been unfaithful to Anna amid reports he had signed up for Ashley Madison, a website that specializes in facilitating extramarital affairs. Less than a week later, he checked into Reformers Unanimous.

Josh and Anna have maintained a low profile since he returned to Arkansas in March 2016, though in May they announced that they had entered marriage counseling following their difficult year.

In March, the two announced that they are expecting their fifth child, a baby boy due later this year. 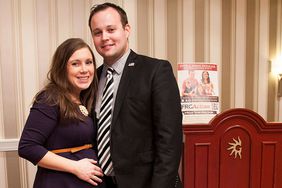 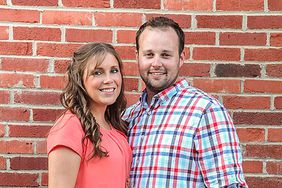