The actor spends time in jail after his wife, Diane Lane, phones police

Brolin, 36, was charged with spousal battery. He was released after posting $20,000 bail, said Kelly Bush, a spokeswoman for the couple.

“There was a misunderstanding at their home,” Bush tells the Daily News, saying that the arrest was “for the lowest-end misdemeanor charge of domestic battery. … Diane did not want to press charges and asked them not to arrest him, but in cases involving the possibility of any physical contact, the police have to arrest first, ask questions later.

Bush said the two are back together in their home “and are embarrassed the matter went this far.”

Brolin is due back in court on Jan. 13, the New York Post reports.

The actor, who is the son of James Brolin, married the Oscar-nominated star of Unfaithful in a private ceremony on his 97-acre ranch north of L.A. in August. It was a second marriage for both.

He was previously married to Deborah Adair, with whom he has a son, Trevor, 16, and a daughter, Eden, 11.

Lane has a daughter, Eleanor, 11, with her ex-husband, actor Christopher Lambert. 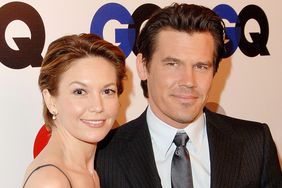 Josh Brolin: 'Our Household is Strange' 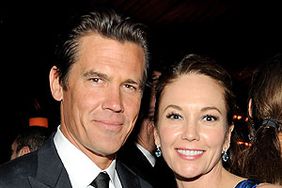