How Jordan Fisher Is Powering Through Multiple Injuries on 'DWTS' : 'Adrenaline Is a Big Factor'

"I think adrenaline is a big factor. It definitely can mask a lot of things that I deal with," says the entertainer

You may have had a good week, but it probably wasn’t as good as Jordan Fisher‘s.

In the past seven days, the actor and singer released the music video for his new single “Mess,” met Ellen DeGeneres for the first time on The Ellen DeGeneres Show and received a perfect score from judges on Dancing With The Stars.

But while Fisher and dancing partner Lindsay Arnold should be celebrating after their major victory on Monday night, the 23-year-old Hamilton star is busy resting. Fisher suffered injuries while practicing gymnastics as a child, and his body is still recovering.

“I don’t have great hips for somebody who’s 23,” Fisher — who’s teaming up with Nintendo — tells PEOPLE exclusively. “I think adrenaline is a big factor. It definitely can mask a lot of things that I deal with, but the moment I get into my car and head home, that’s when my body goes ‘Oh God.'”

In addition to his weak hips, the actor says he suffers from tendinitis in both achilles, thin cartilage in his ankles and rotator cuff issues in his right shoulder.

“I’m definitely sore all the time,” says Fisher, who receives frequent care from a massage therapist. But the singer says exercise — like dancing — actually helps him prevent “real damage” in the future.

“It’s a matter of keeping it strengthened as much as I possibly can and continuing to just push through it,” says Fisher. “The doctors have always said ‘The moment you stop using it, use it.’ So my goal every day is to use my body.”

In addition to frequent dance practice and preparing to launch his upcoming album, Fisher will be the co-host of Nintendo’s Super Mario Odyssey event on Oct. 26 at Rockefeller Plaza in New York.

The event is in support of the brand’s new game Super Mario Odyssey.

“Growing up, I was such a big fan of Nintendo games. It’s amazing to now see Mario in a big city environment,” says Fisher. “I think the coolest part of the game is the open world concept … the fact that you can kind of go anywhere and you can do anything.” 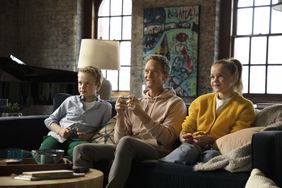 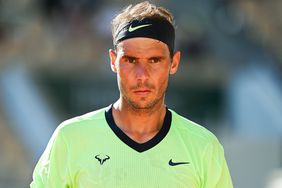 Be Careful with Your Gyrations, Warns L.A.'s Break Dance Doc, or You'll Wind Up in a Sling