The Tudors star is in an alcohol-treatment program, his rep tells PEOPLE

“After a non-stop succession of filming, Jonathan Rhys Meyers has entered an alcohol-treatment program,” rep Meredith O’Sullivan says. “He felt a break was needed to maintain his recovery.” 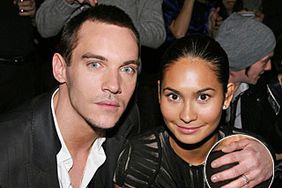