"It is with great sadness that I announce that my husband and I are no longer together," the former Olympic figure skater announced via Twitter Wednesday

“It is with great sadness that I announce that my husband and I are no longer together,” the former Olympic figure skater, 29, announced via Twitter Wednesday. “My heart hurts, and I wish him well.”

Voronov, 30, appeared to be blindsided by the split.

“Shocked by the abrupt ending of my marriage and am dealing with the trauma including multiple things I am just now becoming aware of,” he Tweeted late Wednesday evening.

Early Thursday morning, Weir wrote: “No matter what, I am a cheerleader of love and partnership and creation. I am sad yet I am thankful that I was loved and that I could love.”

Later that afternoon, Voronov Tweeted again to add, “Yes. I’d like to confirm, It’s true: I am only now finding out that my husband filed for divorce from me months ago.”

Weir married his lawyer beau in a New York civil ceremony in 2011, calling their wedding “the greatest moment in my life.”

But earlier this month, Radar Online reported the couple appeared in a New Jersey court as the Olympian faced charges of biting Voronov during a domestic dispute. A judge dismissed the case at their request March 5.

“I have been sad for a long time,” Weir said in a statement to Access Hollywood Wednesday. “And unfortunately don’t foresee a way to resolve our current marital issues.”

Known for his crazy costumes and routines, the retired skate returned to the Olympics this winter as a commentator. But in 2012, he still had hoped to compete in Sochi – with Voronov’s support.

“We’re very proud of this decision and it won’t affect anything,” Weir said at the time. “I’ll still wash boxers and cook dinner and clean the house and do everything I’m supposed to do as a happy husband.” 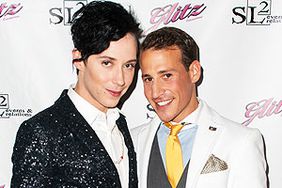 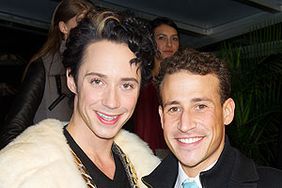 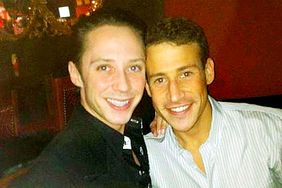