Johnny Depp Is Selling His French Home for $27 Million

The 37-acre estate boasts two swimming pools, a chapel, and a café & restaurant

Twelve rooms, twelve baths and a legend. Yours, for only $27 million.

Johnny Depp‘s home in France, an idyllic 37-acre estate near St. Tropez, has gone on sale.

Bought by Depp in 2001, according to Cote d’Azur Sotheby’s International Realty, the estate is a small village of its own comprising more than a dozen buildings, including a main house, several guest cottages, a chapel, a café and workshop/garage.

According to Cote D’Azur Sotheby’s France chairman Alexander Kraft: “Johnny has decided to sell the Plan de la Tour property to close this chapter of his life and move on. He hopes that someone else will enjoy the property as much as he did and bring him or her the same happiness it brought him.”

The property is a short walk away from the village of Plan de la Tour in a well-forested area of southern France. If you need to borrow a cup of sugar, Brad Pitt and Angelina Jolie Pitt‘s estate is just 25 miles away.

Depp, along with then-partner Vanessa Paradis and their children, Lily-Rose and Jack, spent a large portion of the summers in the house.

It is an unusual property to say the least. Besides the 200-year-old stone buildings which are largely open plan, there are acres of olive trees, planted hillsides, a vegetable garden, fountains, two swimming pools – one surrounded by its own beach bar – and a skateboard park. Depp himself decorated the house and it’s being sold as-is, contents and all.

According to Sotheby’s, “as a consequence, the estate is not a ritzy showplace, but an utterly charming family home that truly reflects Johnny Depp’s unique character and taste. Its enchanting bohemian atmosphere sets it apart from many other major estates in Southern France and makes it truly one-of-a-kind.” 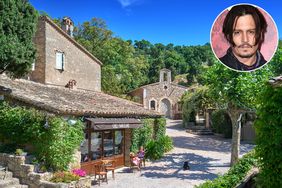 Johnny Depp Relists (and Doubles the Asking Price!) of His Huge French Estate 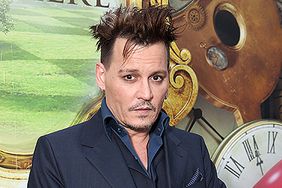 Johnny Depp Marks 53rd Birthday Amid Personal Turmoil: How the Star's Life Has Changed in Year

The Biggest Celeb Real Estate News of the Month 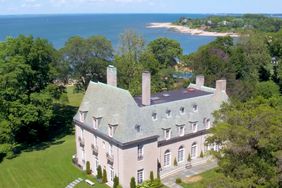