They also allege that when confronted about the issue, Depp "pressured one of his long-term employees to 'take the fall.' "

Johnny Depp allegedly lied to authorities when he claimed to have accidentally smuggled his dogs into Australia, his former business managers, The Management Group (TMG), claim.

In legal documents filed by TMG and obtained by PEOPLE, the former managers allege that the actor was “fully aware that he was illegally bringing his dogs to Australia” when he was in the country filming the latest Pirates of the Caribbean film in May 2015.

The filing emerged as part of a bitter court battle between Depp and his former managers. Depp claims TMG defrauded him out of millions of his earnings; TMG claims Depp’s wild spending left him unable to pay debts.

In the filing, TMG claims that “Depp falsely claimed to authorities and in public press interviews that the incident was a big misunderstanding because he supposedly believed his staff had obtained the necessary paperwork.”

When Depp was publicly confronted about the by Australian authorities, TMG claims he “pressured one of his long-term employees to ‘take the fall.’ “

The actor was never charged for the incident, but his now ex-wife Amber Heard faced a possible 10-year jail term or a large fine for charges that she illegally imported the dogs – teacup Yorkshire terriers Boo and Pistol — and produced a false document.

RELATED VIDEO: Why Is Johnny Depp in the Doghouse?

The dogs’ presence was discovered by Australian authorities after a groomer posted photos of them on Facebook. Australia has strict quarantine laws, and the country’s Agriculture Minister gave the former couple 72 hours to return the dogs to the U.S., threatening to euthanize the animals if they didn’t comply.

Heard avoided jail time when she pleaded guilty to providing a false documentation. The couple also produced an apology video that was played in court, and later went viral. “When you disrespect Australian law,” Depp deadpans in the video, “they will tell you firmly.”

Depp clarified his feelings on the incident when he later explained the apology video to Jimmy Kimmel, saying, “I think the choice they made to utilize the tax payers’ dollars to globally chase down a couple of teacup Yorkies and give them 50 hours to live … I realized the badness of my ways, so I was repenting.” 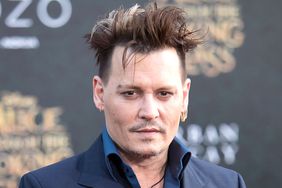 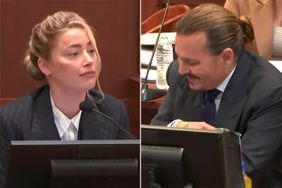