Johnny Depp and Amber Heard are one step closer to saying “I do.”

The couple, who confirmed their engagement in January, celebrated their upcoming wedding at a party on Friday night.

“Of course they couldn’t be happier to be engaged,” a source told PEOPLE earlier this year after Heard, 27, was spotted wearing a sparkler on her ring finger.

Since then the pair have stepped out together on several public date nights, including the premiere of Heard’s film 3 Days to Kill in February and the Texas Film Awards on March 6, where Heard was honored with the film group’s Rising Star award.

Heard and Depp, 50, are keeping their wedding plans tightly under wraps, but at least one locale seems like it would make an ideal venue: Depp’s private island, Little Hall’s Pond Cay. 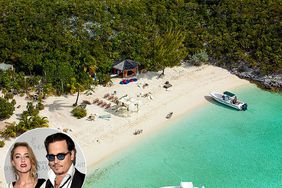