Johnny Depp, in the midst of domestic violence allegations made by estranged wife Amber Heard, seemed “totally with it” while playing with his band the Hollywood Vampires in Lisbon, Portugal, on Friday night.

“Johnny was absolutely fine. He played a really good gig. It was like the events of the week hadn’t played a part at all,” Wendy Holland, who was at the show at the Rock in Rio festival performance, tells PEOPLE.

While he didn’t say anything about the recent allegations on stage, he did speak out at one point.

“It was really hard to understand what he said because the sound at the gig actually wasn’t that great,” Holland says.

While Depp, the guitarist for the band, leapt around stage “everyone in the band seemed in good form.”

According to Holland, Depp, who played until 3:30 a.m., seemed “totally relaxed on stage” and wandered around to both sides of the stage to play for the crowds.

“He smiled and waved as if he had friends in the audience,” she says.

Back in Los Angeles, Heard, 30, was granted a temporary restraining order against Depp, 52, on Friday. In her court papers, the actress also submitted a photo of herself with a bruise on her right eye, claiming that Depp hit her with a cell phone.

Heard also claimed that Depp pulled her hair and screamed at her last Saturday night.

“During the entirety of our relationship, Johnny has been verbally and physically abusive to me,” part of the document read. No domestic violence charges have been brought against Depp. The LAPD told PEOPLE they investigated the incident last Saturday but didn’t see any evidence of a crime and Heard declined at the time to file a report against Depp.

While Depp was gearing up for his performance in Lisbon, his lawyers responded to Heard’s request for a temporary restraining order on Friday, claiming Heard is “attempting to secure a premature financial resolution by alleging abuse.”

On Thursday, Depp’s camp spoke out about the separation.

“Given the brevity of this marriage and the most recent and tragic loss of his mother, Johnny will not respond to any of the salacious false stories, gossip, misinformation and lies about his personal life,” a rep for the actor said in a statement to PEOPLE. “Hopefully the dissolution of this short marriage will be resolved quickly.” 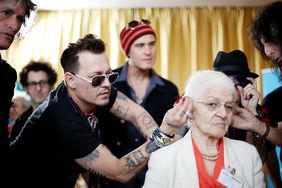 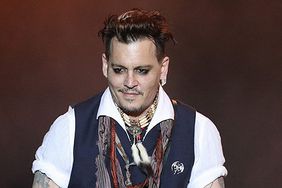 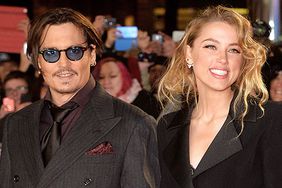