When news broke that Johnny Depp had retained lawyer Laura Wasser in his divorce fight with Amber Heard, it was hardly a surprise. Wasser is one of the most high-powered celebrity divorce attorneys working; she was recently hired by Drew Barrymore to handle her divorce from Will Kopelman.

“Everyone knows Laura,” L.A. family law attorney Atousa Saei told PEOPLE. “She is the celebrity of celebrity divorce attorneys. She has a very cool and calm demeanor.”

Wasser’s CV is so impressive that she’s been contacted by stars’ teams shortly after their marriage, as in the case of Britney Spears and Kevin Federline. She’s also cagey in her dealings with the press, encouraging couples – such as Melanie Griffith and Antonio Banderas, who worked on their divorce for a year and a half before announcing it – to nail down details privately before filing their papers.

WATCH: By The Numbers: Johnny Depp and Amber Heard’s Divorce

Another key piece of her strategy: Having clients announce at the same time, to split press coverage. “I’ll tell my clients, ‘I have someone else, I can’t say who, but you should really wait and file at the same time,’ ” she told Bloomberg Businessweek.

Samantha Spector, who’s representing Amber Heard, is the founder and managing partner of her own firm, Spector Law, founded in 2012. She graduated from Loyola in 1999, and has appeared on Entertainment Tonight discussing family law matters. 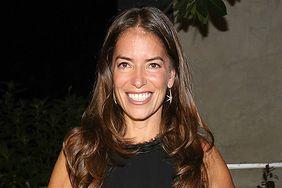 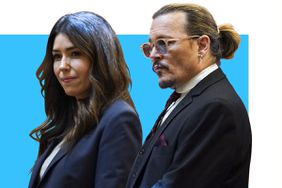