Joe Jonas is back on the market!

The singer, 20, and girlfriend Demi Lovato, 17, have called it quits, a source tells PEOPLE, but will still be hitting the road together this summer, starting July 27 in Dallas.

The pair, who went public with their relationship in March, first met on the set of Camp Rock in 2007; Lovato toured with the Jonas Brothers the following year.

What Demi Lovato Thinks of Touring with Joe Jonas

The pair recently spoke to PEOPLE, and Lovato said she was looking forward to touring with the Jonas Brothers this summer.

“I’m fortunate that I get to work with the person that I’m in the relationship with,” she said. “Rather than being across the country and texting him, I can have him hold my hand when I’m tired.”

Jonas, meanwhile, shed light on how their friendship became a romance. “I think after the movie was complete, then we kind of took the time to get to know each other a little deeper,” he said. 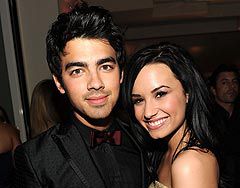 What Demi Lovato Thinks of Touring with Joe Jonas 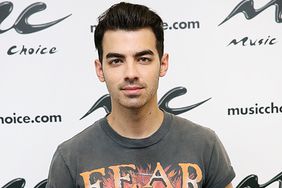 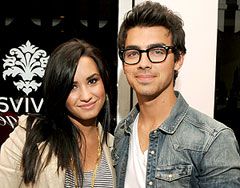