It was a home run kind of night for New York Yankees outfielder Nick Swisher and actress Joanna Garcia as they became man and wife in front of family and friends on Saturday.

The bride wore an ivory, strapless, drop-waist ball gown and veil by Monique Lhuillier, and the groom wore a tux by Burberry London.

They celebrated into the evening at the Breakers Hotel & Resort in Palm Beach alongside all-star guests including Garcia’s castmates, Cameron Diaz and Swisher’s Yankee teammates Alex Rodriguez and Johnny Damon. Jamie-Lynn Sigler, Reba McEntire and Lance Bass were all part of the wedding party.

Garcia, 31, who stars in the ABC sitcom Better with You, and Swisher, 30, got engaged in May. “I think for the first time in my life, I have a woman who I could not be more proud of,” Swisher told PEOPLE in November. “We do such a great job really pushing the other one to do better and I think that’s what you have to have.” 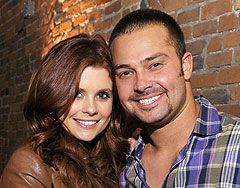 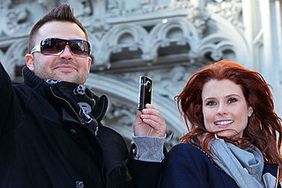