The comedian didn't like Fredericka Whitfield's line of questioning

Her catchphrase is “Can we talk?” – but Joan Rivers was not in a chatty mood during an interview with CNN’s Fredericka Whitfield on Saturday. She walked out.

The comedian was promoting her new book, Diary of a Mad Diva, when she took offense at Whitfield’s statement that her Fashion Police show was “mean.”

“It’s not mean,” Rivers, 81, insisted. “I tell the truth. I’m sure I say the same things your viewers say to their friends sitting next to them on the couch.”

She seemed to get more unsettled as Whitfield asked her about the jokes she makes about topics that might seem “off-limits” – Casey Anthony and Princess Diana – in her book. “Life is very tough, and if you can make a joke to make something easier, and funny, do it,” Rivers responded.

When Whitfield mentioned the fact that Rivers is wearing a fur coat on the cover of her book, Rivers got even angrier.

“This whole interview is becoming a defensive interview,” Rivers fumed. “Are you wearing leather shoes? Then shut up.”

“I’m going,” Rivers declared, pulling out her earpiece. “All you’ve done is negative I’ve made people laugh for 50 years. I am put on earth to make people laugh.”

Standing up to leave, she told Whitfield, “You are not the one to interview a person who does humor. Sorry.”

Whitfield explained after the interview that she thought Rivers was joking the whole time and wondered if it was a stunt, but told viewers that off-camera Rivers was still wearing her microphone and “dropped some rather unflattering four-letter words. So, yeah, she was serious.” 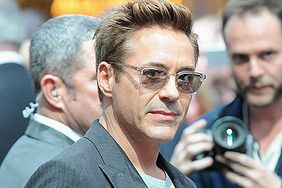 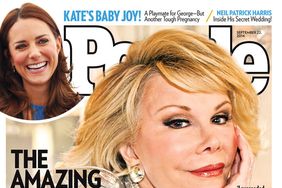