After the devastating loss of Cathriona White, Jim Carrey‘s on-and-off girlfriend, from an apparent suicide, her heartbroken stepmother is now traveling to Los Angeles to make arrangements to bring her daughter’s body back home to Ireland.

“It’s a terrible journey for her [step]mother to have to make,” a close family friend tells PEOPLE. “Everybody is hoping that her body can be returned home quickly now.”

White’s sister accompanied her stepmother on the tragically unexpected trip, PEOPLE has learned.

Her mother was prevented from traveling to L.A. due to health concerns, another source tells PEOPLE.

Though no date has been set yet for a memorial, the source says White will “be buried with her beloved dad, Pat, in the local cemetery.”

White, 30, left her home in the Tipperary region of Ireland a few years ago and moved stateside as an aspiring makeup artist.

On Tuesday, her family issued an emotional statement: “The family of Cathriona White sincerely regret the untimely passing of their beloved daughter and sister.”

“Cathriona was a shining light in our lives who was loved deeply by her entire family. We will miss her terribly and at this difficult time we ask to be left in private to mourn our loss. There will be no further statements on behalf of the family.”

Although her cause of death cannot be determined until a complete autopsy is conducted, Winter said there were indications of a suicide.

Those closest to White were shocked by the news of her death.

“This is the worst kind of news to get,” a former classmate of White tells PEOPLE. “We were delighted that she seemed to be doing so well [in L.A.], and now this,” says the classmate. “We can’t believe it.

The classmate recalls how White became a local celebrity of sorts when word got back that she was dating the famous actor. White reportedly started seeing Carrey, 53, after the two met on a movie set in 2012, and they dated for most of 2013 before reuniting earlier this year.

“We were all taken aback when we heard about Cathriona and Jim Carrey in the first place,” says the classmate. “It’s not the kind of thing you expect from someone around here.”

However, it won’t be her high-profile relationship that people will remember White for, but rather her kind nature.

“She was a gentle girl and beautiful. I think that’s what most people would remember of her.” 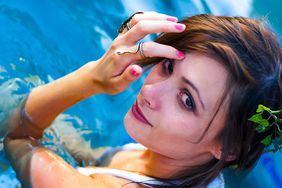 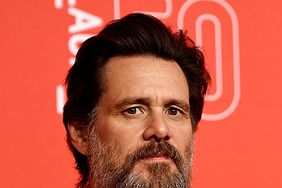