The Real Housewives of New York alum's husband's cancer has taken an unexpected turn, as Zarin vows to hold her annual luncheon to raise as much money as possible for thyroid cancer research

Jill Zarin should be busily preparing for her 5th Annual Luxury Luncheon to raise money for thyroid cancer this weekend, but her mind is elsewhere as her husband, Bobby, fights for his life against the very same disease.

The Real Housewives of New York alum is mentally and physically miles away from her waterfront Hamptons estate as it bustles with activity, instead opting to stay by her husband’s side at Memorial Sloan Kettering Cancer Center in New York City while he recovers from a recent procedure.

“His cancer took an unexpected turn,” Jill tells PEOPLE exclusively. “But he is not going down without a fight.”

Bobby is going to try to do his best to make it to the event, says Jill, who is staying positive during a challenging time.

“I want everybody to show up on Saturday happy to celebrate Bobby because he is still with us and he is fighting,” she says.

“I love my Bobby so much,” she says, holding back tears. “On Saturday, we want to show him how much we love him by raising a lot of money for the International Thyroid Oncology Group, which is looking for cutting-edge treatments for advanced thyroid cancer.”

Jill hasn’t left Bobby’s side since he was admitted to the hospital and is doing everything she can to make him comfortable.

She’s also doing her best to cope with this latest setback.

“I’m in shock,” she says. “I’m in physical shock. I’ve lost 8 lbs. already. He was doing well for a very, very long time. Then the cancer came back in his brain last fall and since then, it’s been one thing after another.”

In 2013, the cancer spread to his lungs. Last fall Jill exclusively revealed to PEOPLE that he was diagnosed with a brain tumor and underwent Gamma Knife Radiosurgery at MD Anderson Cancer Center in Houston.

“We have the best doctors in the country,” she says. “We are working with Dr. David Pfister at MSK, Dr. Keith Bible at the Mayo Clinic and Dr. Steven Sherman at MD Anderson. They have been taking care of Bobby for the last seven years and this recent setback took them by surprise.”

Last week, she says, “We found out, after thinking he had pneumonia, that his Papillary Thyroid Disease became anaplastic thyroid cancer, one of the rarest cancers, which resists treatment.

“He is the most loving and caring person I have ever known besides my father. Sometimes life just isn’t fair. But we have such a great love story. He is the love of my life and I will do everything in my power to heal and care for him.”

FROM PEN: Maria Menounos Reveals She Was Diagnosed with a Brain Tumor — While Her Mom Is Fighting Stage IV Brain Cancer

Hoping for a Miracle

As Bobby fights to overcome this latest hurdle in his cancer battle, Jill is more resolved than ever to raise money for thyroid cancer research for him and others who have the deadly disease.

In years past, the luncheon was an invitation-only event for her friends, including fellow Housewives, reality TV stars and other celebrities.

This year, she’s opening up the event to the public by selling tickets to raise as much money for cancer research as possible.

Stars from almost every Housewives franchise are expected to attend the event, including Atlanta‘s Cynthia Bailey, Miami‘s Marysol Patton and RHONY‘s Dorinda Medley, Luann D’Agostino and Tinsley Mortimer, as well as Kardashian pals Jonathan Cheban and Simon Huck, KC from KC and the Sunshine Band and Bachelor in Paradise‘s Vinny Ventiera.

Even though Jill is in New York City with Bobby, she says the show must go on.

All week long, she says trucks have been dropping off boxes upon boxes for the event including rugs for the debut of Jill’s new rug line, glitzy jewelry from Idalia Baudo and beauty products from The Dermatology & Laser Group, for the lavish swag bags provided by Quilted Koala.

She is having massive white tents set up to turn the lush grounds of her 6,000-sq.-ft. summer home “Camp Zarin” into gifting suites — “like stars find at the Oscars.”

Guests will be dining on fare prepared by famous chefs including Jill’s longtime friend, Bravo star Chef Roble. They will also be treated to drinks from a Tito’s lemonade stand, “angels” walking around serving Whispering Angel rosé wine and beauty bars to get brows and hair styled.

“It’s always a fun event and we are going to have so much fun this year, too,” she says. “It’s for a good cause.

As for the husband she loves so much, she says, “We’re hoping for a miracle.” 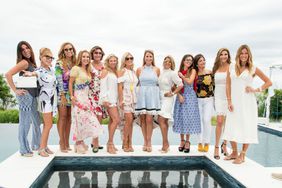 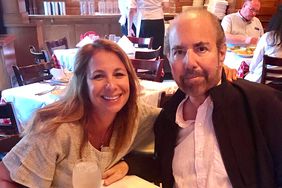 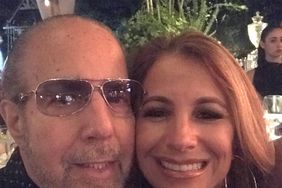 Jill Zarin Shares a Positive Update on Husband Bobby's Health: 'What a Turnaround!'