Jill Clayburgh, who embodied hopeful and determined women in such ’70s and ’80s movies as An Unmarried Woman, Starting Over and It’s My Turn, died at her Connecticut home on Friday from chronic leukemia, a disease she quietly battled for 21 years, her husband, playwright David Rabe, told The New York Times. She was 66.

Earlier this week, the couple’s daughter, actress Lily Rabe, took a temporary leave of absence from the Broadway show in which she is about to open, Shakespeare’s A Merchant of Venice, starring Al Pacino. A spokesperson for the show said only that it was a private family matter that caused Rabe to take leave.

Besides her movie roles, Clayburgh was also highly visible on TV, on Law & Order, The Practice and Nip/Tuck, as well as an ongoing role as mother Jeannie on Ally McBeal.

Nominated for an Oscar for 1978’s An Unmarried Woman, which was arguably her best screen role, Clayburgh played a vulnerable-but-courageous abandoned wife on Manhattan’s Upper East Side who finds her independence when she has an affair with a sexy artist (Alan Bates), with her character learning by the fade-out that being on her own is just fine.

The only daughter of a wealthy book-cloth manufacturer and an actress turned assistant to legendary theatrical producer David Merrick, Clayburgh grew up a poor-little-rich-girl on Manhattan’s East Side. Her grandmother, Alma Clayburgh, was a prominent socialite and opera singer.

“I was very assertive as a child, verging on violence and self-destructiveness. Once I threw this short little boy down the stairs,” Clayburgh told PEOPLE in 1979. “It was a kind of need for power at a young age that masks insecurity.”

First Theater, Then TV and Movies

She got hooked on theater when a Sarah Lawrence College classmate talked her into summer stock one vacation. Then came a student film with other future lights: Brian De Palma as director and Robert De Niro as costar.

After her 1966 graduation, Clayburgh headed for Boston, where she joined the Charles Playhouse and met and began a five-year relationship with Al Pacino, who was appearing in the company’s production of America Hurrah. Their struggles were cushioned slightly by Clayburgh’s $200-a-month trust fund, and they soon made the move to a mice-infested walk-up in New York.

She was cast as Grace Bolton on the CBS soap Search for Tomorrow, but she mainly toiled Off-Broadway for $56 a week as Pacino’s movie career began to take off. “Thank God we broke up!” Clayburgh later said, though she and Pacino remained friends. “We were all wrong for each other.”

It was an unsuccessful audition for Rabe’s 1973 In the Boom Boom Room that changed her luck. When the part went to Madeline Kahn, Clayburgh headed for L.A., and just when she was ready to chuck it all for graduate study in social work, she won an Emmy nomination for her portrayal of a hooker in the 1975 TV dramatization of Gail Sheehy’s Hustling, followed by the 1977 big-screen sleeper hit Silver Streak with Gene Wilder and Richard Pryor.

She and Rabe married in 1978. When asked why, Clayburgh told PEOPLE: “So people would stop asking me about my personal life. If you’re married, they just assume you’re happy.”

Besides David and Lily Rabe, Clayburgh is also survived by a son, Michael; a stepson, Jason; and a brother, James. 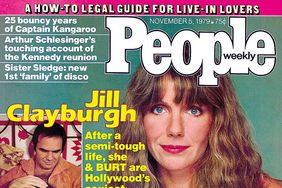 Gable's Back, and Clayburgh's Got Him: Jill Scores as the Ineffable Carole Lombard 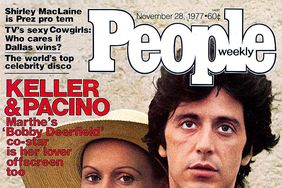 Scent of a Winner