Jessica Simpson may be a high-wattage celebrity used to the finer things in life – private jets, first-class accommodations, and large entourages – but her rep is slamming reports that the singer-actress is enjoying such amenities while visiting U.S. troops in Kuwait.

Reports claim Simpson, 27, flew to Kuwait – where she’s performing for troops as part of Operation MySpace – via a private jet with hairstylist-to-the-stars Ken Paves and a large entourage, and had no intentions of spending the night in the army barracks.

Not so, says Simpson rep Cindi Berger. “She flew commercially, she is staying in the barracks,” Berger tells PEOPLE. She’s been with the troops all day. She’s had her meals with them.”

Paves is not with Simpson either, Berger says, adding that a hair stylist and make-up artist are with Simpson, but no assistant. “She’s not with Ken Paves. She has significantly scaled back her entourage.”

Berger adds that performing for the troops is something near and dear to Texas-born star. “This was done purely to support the troops and entertain them.” 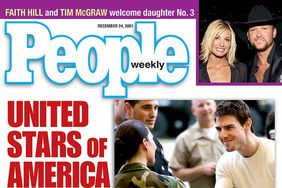 Caught in the Act! VMAs Edition