Who knew their Ivy League-educated beaus (Eric Johnson and Cash Warren) graduated together?

Are Jessica Simpson and Jessica Alba about to hit the books at Yale University?

Not quite – but the two A-listers did tour the New Haven, Conn., campus over the weekend in support of their men, who were in town for their 10-year reunion.

“Yale reunion this weekend,” Alba, 30, who is expecting her second child with Warren, Tweeted Thursday. “Excited to live vicariously through all those Ivy Leaguers with fancy degrees.”

Alba also seemed to be making new friends at the university – with the security staff. The actress Tweeted a photo of herself smiling between two officers. 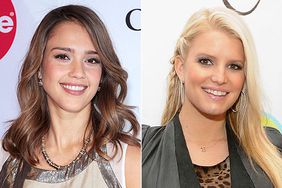 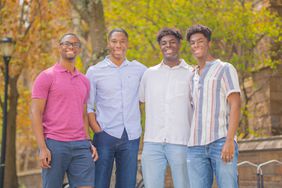