The actress, who slipped at her Minnesota cabin, "will be completely fine," says her rep

Jessica Lange was hospitalized on Tuesday after a fall at her Minnesota home, her rep tells PEOPLE.

The actress, 59, was vacationing when she fell from a set of stairs.

“She bruised her ribs, broke her collarbone and received a small cut on her forehead,” her rep said in a statement. “She will be completely fine and expects to be released from the hospital imminently.”

TMZ.com was first to report the injury.
– Joey Bartolomeo 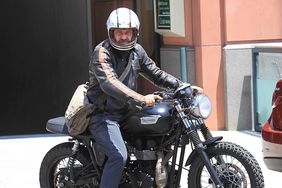