Spotted snowboarding together, Biel and Timberlake are "having fun," says a pal

Justin Timberlake and Jessica Biel have been spotted chilling, flirting and snowboarding lately – but don’t peg them as a new couple just yet, sources say in the new issue of PEOPLE.

Earlier this month, Timberlake invited Biel and a few friends to hang backstage at his concert in San Diego, and the pair were spotted snowboarding together with a group of buddies at the Sundance Film Festival in Park City, Utah, on Jan. 25.

But a close source insists, “It’s all about having fun.” Since Timberlake’s recent breakup with Cameron Diaz, the source adds, “He’s trying to have a good time.”

Surrounded by stars, Timberlake, 26, only had eyes for Biel, 24 – also newly single after a fling with Derek Jeter – as he sipped champagne from her glass and leaned close to talk.

In fact, Biel was so smitten, she confessed her attraction to Timberlake’s date: his mom, Lynn. As Biel said, “He is sooo cute!”

Just don’t expect Timberlake to crank the heat up too high. Says a source: “He is in no way looking to be in a relationship. He’s single and he’s happy.” (Reps for both declined to comment on their clients’ personal lives.)

Meanwhile, don’t cry for Diaz – after the Golden Globes, she headed to Hawaii to catch some waves with old pal Kelly Slater, who spent time with Pamela Anderson and Gisele Bundchen after their splits with Tommy Lee and Leonardo DiCaprio, respectively.

What make’s him Hollywood’s go-to rebound guy? “He’s sensitive and amazing to talk to,” says one pal. Adds longtime friend Matt Kechele: “He loves female companionship, and he likes to treat women right.”

Source: Justin Timberlake Is 'In Love' with Jessica Biel 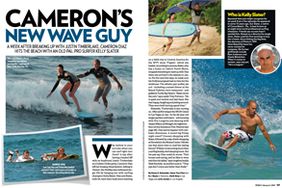 Star Couples: Will It Last? 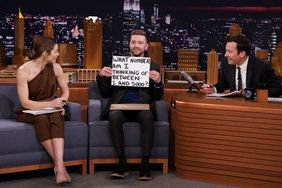 Jessica Biel Will 'Never Break Up Her Family Over' Justin Timberlake's Hand-Holding with Another Woman, Says Source 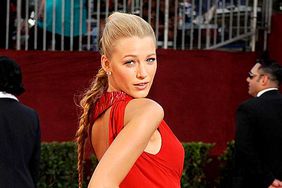 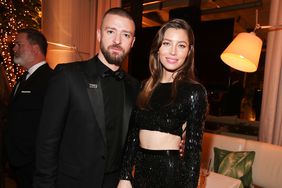