The bride-to-be says she's ready to find "a balance between my private life, family and work"

She’s played everything from a distressed publicist to a noblewoman on the big screen, and now Jessica Biel is looking at a completely new role in real life: housewife.

“To me, nothing will really change, because I’m almost never home,” the Total Recall actress, 30, tells the French magazine Gala in a translated interview. “But when I am home, I enjoy cooking.”

Some specialties she might serve up to soon-to-be husband Justin Timberlake?

“I especially love making cupcakes,” she says, while admitting that when she attempts to customize recipes, “it’s a total disaster, but I’ve also had some pleasant surprises, like recently when I managed to make zucchini fritters.”

Overall, once they tie the knot (possibly over the summer), “I don’t think our marriage will change anything,” she says. And while that may turn out not to be true, she does think “it will be a challenge finding a balance between my private life, family and work, and I’m ready.”

She also describes herself as “someone who lets things happen naturally,” saying she is not sure if she wants to have a child right away.

“For me, getting married doesn’t mean we should limit ourselves to some pre-defined idea. Rather, it’s an opportunity to explore new things in life, ” says Biel.

And while fans may ogle Timberlake’s good looks and hot moves, for Biel, there are three distinct qualities she finds admirable in her future husband, 31: “The ability to communicate well … to be able to express his feelings. Then, loyalty. And, finally, honesty.” 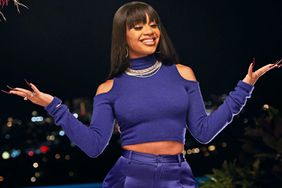