Is Jesse James ready to move on?

The motorcycle mogul, whose divorce from Sandra Bullock was finalized in June, was spotted having dinner with fellow tattoo enthusiast and LA Ink star Kat Von D in Las Vegas Saturday night.

Settling into a table at Palms Casino Resort’s N9NE, the duo didn’t bother spreading out in the oversized booth, but got cozy by sitting right next to each other.

The two shared the restaurant’s signature rock shrimp and classic Caesar salad. They also both enjoyed the filet with a side of asparagus, and drank Fiji water with dinner.

Toward the end of the meal, the duo were spotted holding hands.

They continued holding hands as they left dinner and headed to a black Mercedes that James was driving.

A rep for James had no comment. Calls to Kat Von D’s rep were not returned. 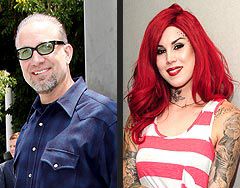 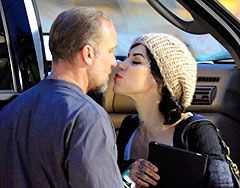 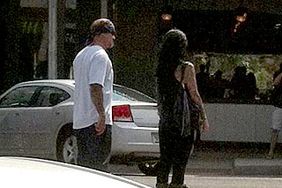