He became an easy punchline after dropping out of a Broadway show in December citing mercury poisoning, but Jeremy Piven says the condition was very real.

From the second week of rehearsal for the revival of David Mamet’s Speed-the-Plow, the Entourage star, 43, told Good Morning America, “I was losing my balance and my memory. The lights were too bright. I couldn’t get enough oxygen.”

After passing out in his home after work one day, he was admitted to the hospital for three days while doctors ran extensive tests, Piven says. Doctors discovered he had six times the levels of mercury found in a healthy person, which was causing his symptoms, and warned that he could have a heart attack if he overexerted himself.

“The only protein I got for 20 years was from fish,” says Piven, who adds that he ate sushi at least twice a day. “I kind of thought I was doing the right thing … As soon as I heard this, I stopped all fish whatsoever.”

Piven has admitted to being embarrassed by the situation, especially given the skeptical response he got from fans, late-night hosts and colleagues alike. Speed-the-Plow playwright David Mamet joked that Piven was leaving show business to “pursue a career as a thermometer.”

But Piven, who hasn’t eaten fish in five months, says he has no hard feelings: “[Mamet] is a brilliant playwright and that’s a funny line.” 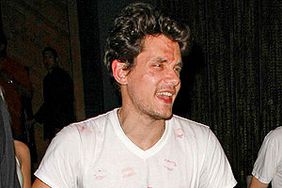